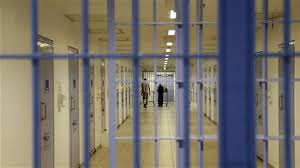 “Saudi authorities appear intent on making certain detainees and their loved ones suffer even further by denying them the ability to hear each other’s voices and know for certain they are OK,” Michael Page, the deputy director of the HRW's Middle East and North Africa division, said on Sunday.

“All prisoners should be allowed unfettered communication with their families and the world outside their prison cells, but especially so during these trying times.”

Family members of the leading rights activist Loujain al-Hathloul told the New York-based organization that authorities finally allowed her parents to visit on August 31, after she spent almost three months in incommunicado detention.

They said she had gone on hunger strike six days before the visit after learning that some other detainees had been allowed to call their families.

Hathloul was among more than a dozen activists arrested in May 2018, and held on suspicion of harming Saudi Arabia’s interests and offering support to hostile elements abroad.

At the time, international rights groups reported the detention of prominent female activists among the detainees, who had previously campaigned for the right to drive and an end to the kingdom’s male guardianship system.

Some were later released, but activists have said several of the women were held in solitary confinement for months and faced torture and sexual harassment.

Saudi Arabia overturned the world's only ban on female motorists on June 24, 2018. The lifting of the prohibition followed a sweeping crackdown on prominent women's rights activists, who had staunchly advocated for the right to drive.

Lawyers representing former Saudi crown prince, Mohammed bin Nayef (MBN), also maintain that the 61-year-old prominent member of the House of Saud has been detained without charge since his arrest in March, and his current whereabouts remain unknown.

They noted that the prince has been denied visits with family members and his personal doctor since his arrest.

The lawyers argued they do not know whether MBN has received treatment for his diabetes, stressing that there are serious concerns about his well-being and health.

He was named crown prince after King Salman bin Abdulaziz Al Saud acceded to power in 2015, before being replaced by Mohammed bin Salman in 2017.

Since his ouster, bin Nayef has effectively been under house arrest and prevented from leaving the kingdom.

In March, he was arrested as part of a renewed purge of royal family members over an alleged coup attempt to unseat King Salman and his son.

A family member of another prominent women’s rights campaigner also told HRW that they have not received phone calls from their detained relative in over two months.

Moreover, a relative of prominent Muslim cleric Sheikh Salman al-Awdah said the family has not heard from him since May.

Awdah is the assistant secretary general of the International Union of Muslim Scholars (IUMS), which the Riyadh regime has listed as a terrorist organization.

Saudi authorities detained the outstanding Muslim scholar on September 7 last year, and have been holding him in solitary confinement without charge or trial ever since. Officials have imposed travel bans on members of his family as well.

Even before the coronavirus pandemic swept across Saudi Arabia, Human Rights Watch had documented cases where prison officials would often halt prisoners’ communications with relatives without explanation, and would heavily monitor calls when they did allow them.

Some prisoners said that phone calls are usually restricted to 2 to 10 minutes, and authorities tend to cut the lines if prisoners try to discuss their cases or complain about detention conditions.

“Following the devastating deaths of prominent detainees in suspicious circumstances, Saudi Arabia’s allies should demand that they immediately release all those unjustly detained for exercising their basic rights before it’s too late,” Page said.

“The families of detainees held incommunicado should not have to spend another day anxiously wondering what has become of their relatives.”

Saudi authorities have arrested dozens of activists, bloggers, intellectuals and others perceived as political opponents ever since bin Salman became Saudi Arabia’s de facto leader in 2017, showing almost zero tolerance for dissent even in the face of international condemnations of the clampdown.

Over the past years, Riyadh has also redefined its anti-terrorism laws to target activism.