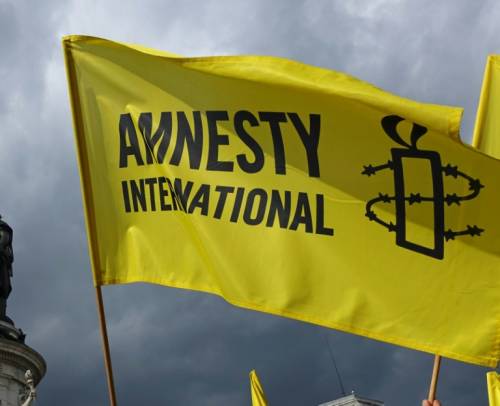 Amnesty International has called on Nigeria to disclose the findings of a probe that was ordered by the government three years ago into rights abuses committed by security forces.

Following reports made by Amnesty and other rights groups that security forces have been responsible for hundreds of serious human rights violations, including extra-judicial killings, rape, torture, and enforced disappearances, the then-Acting President Yemi Osinbajo set up the Presidential Investigative Panel to probe the abuses in 2017. Osinbajo served as acting president while President Muhammadu Buhari was on a medical trip.

The panel’s report was submitted a year later, but it has never been made public, in a move condemned by Amnesty as “a gross display of contempt for victims.”

“Victims and the larger public in Nigeria deserve to see and scrutinize the findings,” Osai Ojigho, the Nigeria director of Amnesty, said in a statement on Friday.

“We are calling on President Muhammadu Buhari to fulfill the promise he made in 2015 to end impunity by immediately releasing the report,” he added.

Amnesty said it had attended the public hearings of the panel, which were held in several cities in Nigeria, and had made presentations.

The rights organization has blamed the security forces for the extra-judicial executions of 350 Shia Muslims in 2015 and 150 supporters of a separatist group the following year.

In December 2015, reports said soldiers opened fire on Shia Muslims attending a ceremony in a religious center in Zaria. A number of Muslims were killed there. Following the incident, Nigerian forces raided the house of Ibrahim al-Zakzaky, the leader of the Islamic Movement of Nigeria (IMN), and arrested him.

During the brutal arrest, Zakzaky was beaten and lost vision in his left eye. His wife sustained serious wounds, and more than 300 of his followers were killed by the government forces in what became known as the Zaria Massacre.

The Nigerian government also banned the IMN, whose members regularly take to the streets of the capital, Abuja, to call for the release of their leader, Zakzaky.