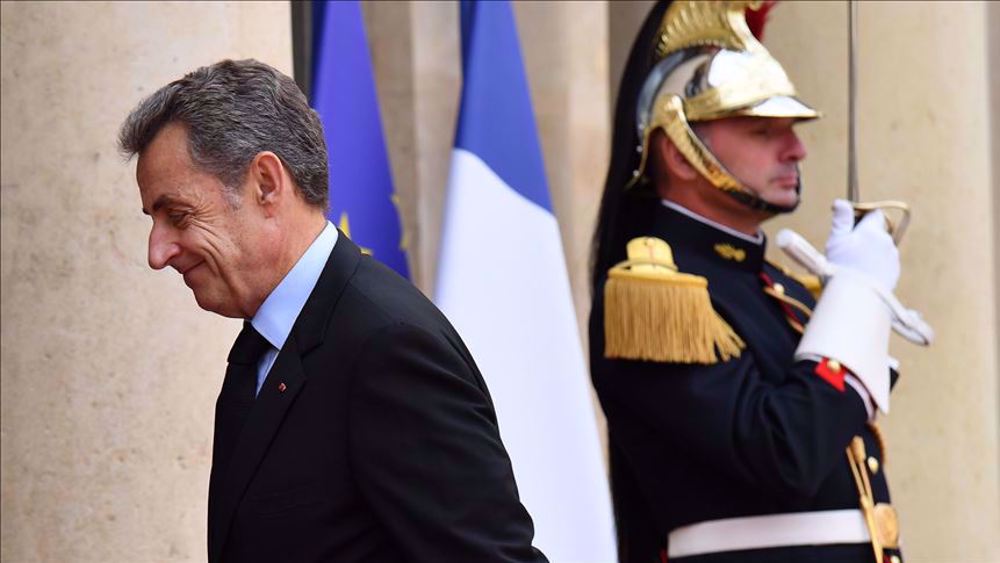 Former French president Nicolas Sarkozy has been indicted for accepting cash funds for his 2007 election campaign from longtime Libyan ruler Muammar Qaddafi, who was toppled in 2011 after a Western military intervention, with Sarkozy being the driving force behind the move that led to his downfall.

French prosecutors announced on Friday that the latest criminal charges against Sarkozy came after he was indicted Monday for “membership in a criminal conspiracy” following more than 40 hours of questioning over four days.

The right-wing ex-president had already been charged in 2018 for “accepting bribes, benefiting from embezzled public funds and illegal campaign financing.”

Prosecutors believe that Sarkozy and his associates collected tens of millions of euros from the despotic Libyan regime to help finance his election effort.

The 65-year-old Sarkozy has been under pressure since 2012, when investigative website Mediapart published a document showing that Qaddafi agreed to give him up to 50 million euros ($59 million).

Judges are also probing claims by a French-Lebanese businessman Ziad Takieddine, who said he delivered suitcases carrying a total of five million euros from the Libyan dictator to Sarkozy’s chief of staff in 2006 and 2007.

During their time in power, Sarkozy and Qaddafi enjoyed surprisingly cordial ties, with the French president allowing the Libyan strongman pitch his Bedouin tent opposite the Elysee Palace on a state visit to France just months after his election.

Sarkozy, a trained lawyer, has fought the claims of Libya cash by claiming presidential immunity, while arguing that there is no legal basis in France for prosecuting someone for misusing funds from a foreign country.

However, after seven years of investigative work resulting in witness statements from Libyan officials, members of Qaddafi’s secret service and from middlemen, prosecutors believe they can prove that Sarkozy’s campaign was indeed financed by the late Libyan ruler.