Imam of Egypt’s Al-Azhar: Linking terrorism to Islam is ignorance 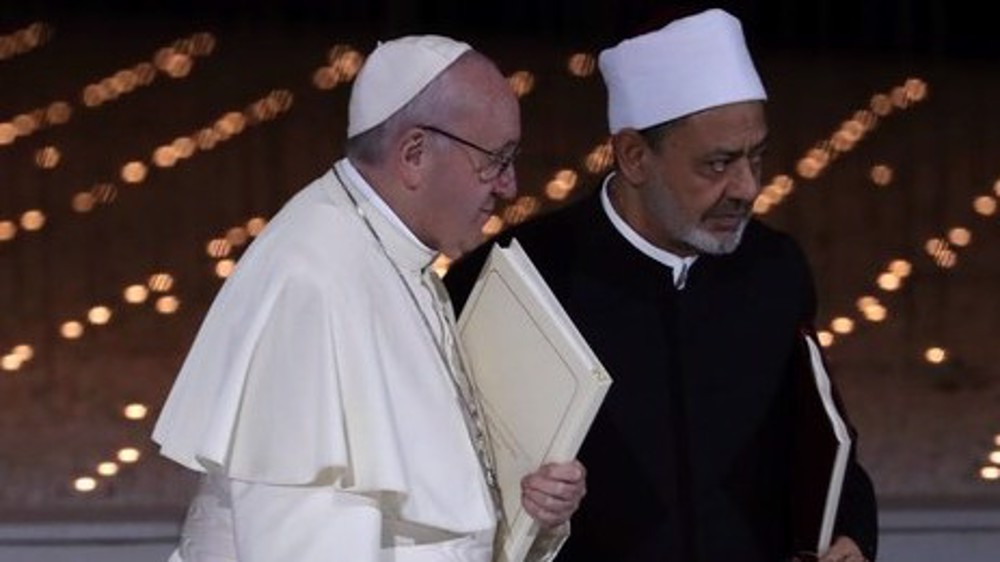 According to AhlolBayt News Agency (ABNA) on Wednesday, Tayyeb tweeted that linking terrorism to Islam was a sign of ignorance.

The grand imam of Al-Azhar also condemned the incident in a joint statement read out to an interfaith gathering of Muslims, Christians, and other religions in Rome’s Capitol Square attended by the leader of the Catholic Christians, Pope Francis, on Tuesday.

In the statement, Tayyeb emphasized that the religion of Islam was opposed to criminal activities and was innocent of terrorist crimes. He also emphasized that insults against religions in the name of free speech were not condoned, as they provoked hatred.

“I emphasize that insulting religions and attacking their sacred symbols under the banner of freedom of expression is… an open invitation to hatred,” the grand imam of Al-Azhar said.

Meanwhile, President Macron was scheduled to attend a memorial in honor of the dead teacher at Sorbonne University, posthumously presenting him France’s highest award, the Legion d’Honneur.

Macron vowed on Tuesday to intensify a clampdown on extremists. “Our fellow citizens expect actions,” he said during a visit to a Paris suburb.

A number of people, including two underage minors, have already been handed over to a court investigating the happenings leading to the killing.

As part of a crackdown against Muslims, French authorities have also ordered a six-month shutdown of the Grand Mosque of Pantin in a low-income Paris suburb.