Iran’s Leader to French youth: Freedom of expression and insult not equal 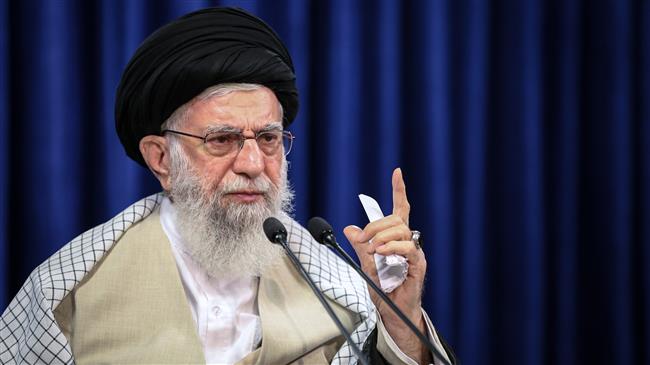 The Leader of the Islamic Revolution Ayatollah Seyyed Ali Khamenei has urged French youth to question the so-called logic underpinning French President Emanuel Macron’s support for insulting the Prophet of Islam (PBUH) in the name of “free speech.”

In a statement on Wednesday, the Leader advised, “Ask your president why he supports insulting God’s Messenger in the name of freedom of expression.”

The teacher, Samuel Paty, was murdered by an 18-year-old Chechen assailant. Commenting on the attack, Macron described Islam as a religion “in crisis” worldwide, trying to suggest that the assailant had been motivated to kill the teacher by the faith rather than radicalism.

Macron insisted on his position again on Sunday by tweeting, “We will not give in, ever.” The Leader called the French statesman’s insolence a “stupid act” that served to affront the reason of the very people, who have voted him to power.

Ayatollah Khamenei, meanwhile, asked how come -- from France’s perspective -- questioning the Holocaust was “a crime” that warranted imprisonment, while insulting Prophet Muhammad could be condoned.

The French head of state’s effrontery has opened the floodgates of backlash from Muslims around the world, with numerous Muslim states and peoples issuing condemnatory statements against Macron or rising in thousands-strong protests.

Many Muslim companies and associations have also boycotted French items in protest.