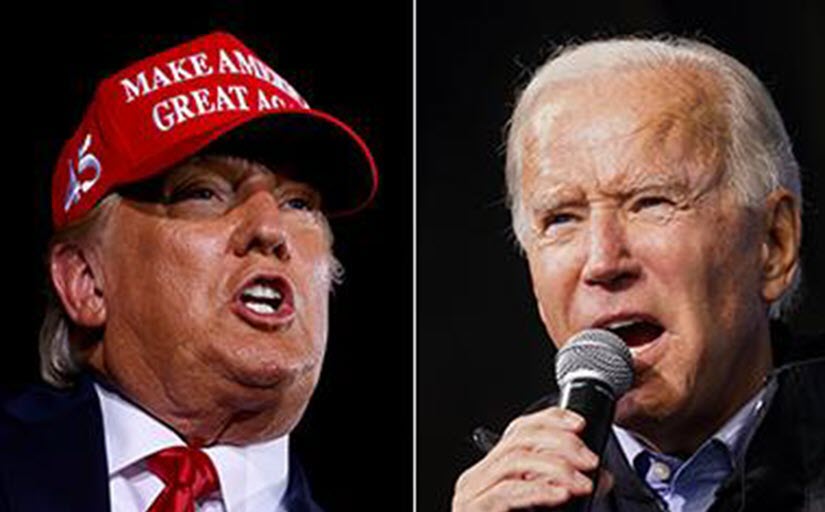 US Democratic presidential candidate Joe Biden has narrow lead over Republican President Donald Trump in six key states the president aims to defend Tuesday in his bid for a second term, according to a new poll.

The survey released Monday by NBC/Change Research finds the former vice president holding at least a slim edge in the states of North Carolina, Pennsylvania, Wisconsin Arizona, Florida and Michigan, all of which Trump won in 2016.

But Trump is still close enough to Biden to give him the 270 state Electoral College votes needed to win a second term.

The polls in the final stretch before Election Day show a clear, but by no means insurmountable, advantage for Biden in the race for the White House.

Trump's deficit in the polls has been driven in part by public disapproval of his handling of the pandemic, which has become the dominant issue in the race.

Trump has repeatedly diminished the coronavirus threat and promised it will end soon, while Biden has vowed to prioritize more stringent efforts to contain it.

More than three-quarters of American adults say they are personally concerned about the COVID-19 crisis, and almost 60% disapprove of the way Trump has responded to it, Reuters/Ipsos polls show.

Biden earns higher marks than Trump on his ability to handle the pandemic, and about 30% of Americans say their vote this year is primarily driven by their perception of who would be better at handling the crisis.

This year’s US presidential election, which will be held on Tuesday, is threatened by legal chaos and fears of violence after Trump pushed hard to discredit the US voting process.

The 2020 election has turned the US more divided and angry than at any time since the Vietnam War era of the 1970s.

After four rollercoaster years, about half the country sees Trump, 74, as a historic threat whose nationalist policies, coarse manners and alleged corruption have strained the United States to breaking point.