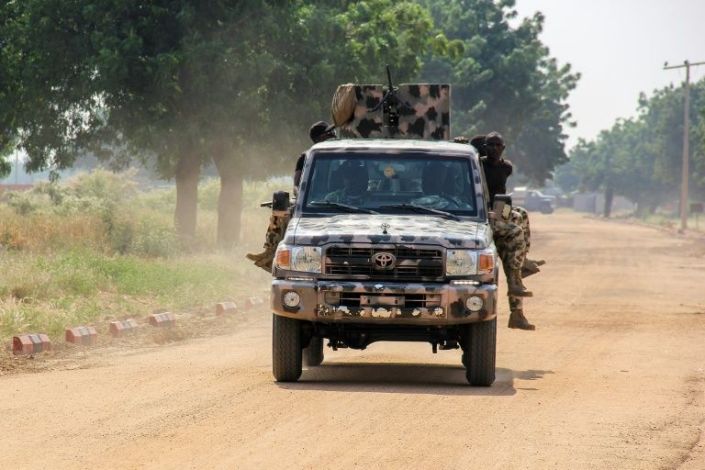 Many in Nigeria are criticizing the government's ineffective response to the deepening insecurity in the northwest and failure to protect civilians from the insurgency as well as criminal violence.

On Friday, 344 schoolboys who had been kidnapped from their boarding school in Kankara town a week earlier were released.

Just two days after the freed boys were brought to Katsina, 80 other students were kidnapped in a nearby area, but then were quickly rescued by police and local self-defense groups.

The mass abductions were claimed by the Boko Haram terrorist group. Boko Haram and a splinter group, ISIS in West Africa Province (ISWAP), have killed 36,000 people and displaced around two million as part of a decade-long conflict.

Deadly attacks and kidnappings by jihadists in the northeast and criminal gangs in the northwest have intensified in recent weeks.

“This incident shows the security deficit in the region as communities, schools, hospitals and government infrastructures are still very vulnerable,” said Nnamdi Obasi of the International Crisis Group.

That the gunmen were able to move hundreds of boys through the night without challenge shows security in the area is inadequate, Obasi said. He warned that the successful negotiation resulting in the release of the boys may not be easy to repeat if there are more abductions in the future.

“The northeast has so many armed groups, reaching an agreement of good conduct with one of them does not guarantee that others may not embark on such a venture in the future especially when certain concessions are made,” he said.

While President Muhammadu Buhari's government is credited with quick action that succeeded in getting the boys released, many in Nigeria are criticizing the government's ineffective response.

Buhari should not be congratulated for the boys’ release when his government has allowed the insecurity in the northwest, creating the conditions for the boys' abduction, former Minister of Education, Obiageli Ezekwesili, told Channels TV in Nigeria.

Ezekwesili helped lead the #BringBackOurGirls movement after the 2014 kidnapping of more than 276 girls from their school in Chibok in northeastern Nigeria. About 100 of those girls are still missing.

Buhari began his time as president in 2015 by concentrating on combatting the country's extremist groups and militants. He declared victory against Boko Haram in 2016, but many say that was a premature announcement as the insurgency continues.