Trump advisor Kushner to lead US delegation to Israel, Morocco 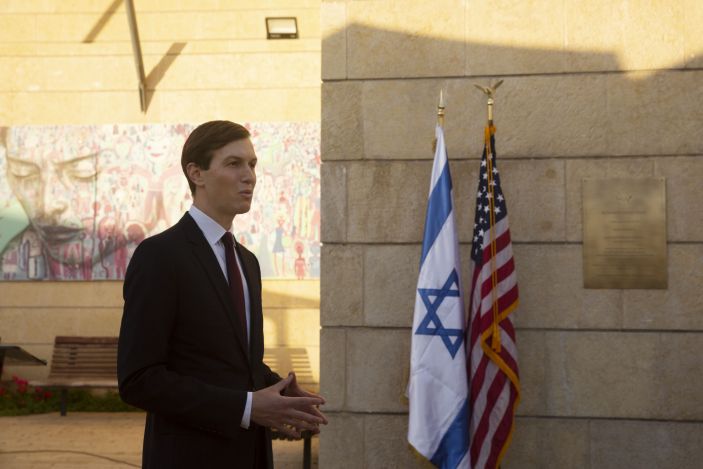 The senior adviser and son-in-law of outgoing U.S. President Donald Trump, Jared Kushner, will lead a U.S. delegation to Israel and Morocco next week for discussions about the normalization deal reached last week.

Morocco secured U.S. recognition of its 1975 annexation of the disputed region of Western Sahara, which is not recognized by the United Nations.

The U.S. decision to recognize Moroccan sovereignty over Western Sahara as part of the deal has drawn criticism from the U.N. as well as American allies in Africa and beyond.

African observers have said it could destabilize the broader region, already struggling against insurgencies and migrant trafficking.

Former U.S. Secretary of State James Baker, a onetime U.N. envoy to the Western Sahara, has called it “an astounding retreat from the principles of international law and diplomacy.”

Kushner is expected to meet with Morocco’s King Mohammed VI and other top officials.

Muslim scholar groups, activists and Moroccans have blasted Morocco over the normalization deal with the Israeli regime, as the US-brokered agreement continues to draw condemnations from around the world.

The International Union for Muslim Scholars (IUMS) said in a statement that the normalization agreement “contradicts with the Moroccan people’s support for the Palestinian people,” Turkey’s official Anadolu news agency reported on Saturday.

Seperately, dozens of Moroccan activists converged on the parliament in the capital Rabat earlier in December to condemn Israel’s crimes against the Palestinians and the regime’s sacrilege of Palestinian sanctities.

The protesters set the Israeli flag on fire, and chanted slogans in condemnation of attempts by several Arab states to establish full diplomatic relations with the Tel Aviv regime, the London-based and Arabic-language newspaper al-Quds al-Arabi reported.

The demonstrators stressed that normalization with Israel is a betrayal and a dagger in the back of the Palestinian cause.

The protest rally was held at the invitation of 54 civil society organizations, with political and cultural figures from different currents in attendance.

Palestinians have also condemned the new normalization deal between Israel and Morocco, saying it will weaken the Palestinian cause.

The Hamas movement, which controls the Palestinian enclave, also condemns the deal and calls on the parliament of Morocco to "criminalise" the normalisation between the two countries.