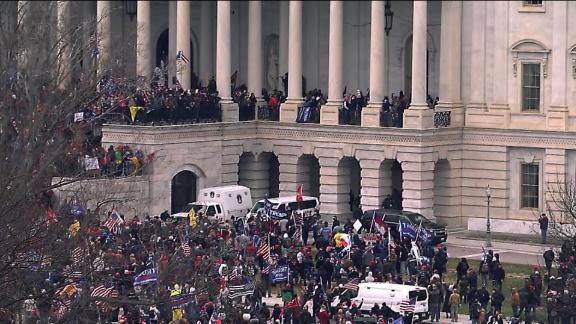 Four people were killed and dozens injured after hundreds of President Donald Trump’s supporters stormed the US Congress on Wednesday, in a shocking attempt to reverse Trump’s election loss to incoming President Joe Biden.

In the gravest assault on US Congress in more than 200 years, rioters forced their way past metal security barricades, broke windows and scaled walls to fight their way into the Capitol building.

The unprecedented assault came as both chambers of Congress, the Senate and House of Representatives, were in the process of certifying Biden’s election victory on November 3.

Police said four people died during the chaos - one from gunshot wounds and three from medical emergencies - and 52 people were arrested.

Police struggled for more than three hours after the invasion to clear both the Capitol of Trump supporters before declaring the building secure shortly after 5:30 pm local time.

The chaos came after Trump addressed thousands of supporters near the White House and told them to march on the Capitol to express their anger at the voting process.

But after coming under intense pressure from fellow Republicans in Congress, he reluctantly posted several tweets and a taped video telling his supporters it was time to "go home in peace," but said he still supported their cause.

The shock of the assault on the Capitol seemed to soften the resolve of some Republicans who had supported Trump’s efforts to convince Americans of his baseless claims of fraud.

With Biden set to be inaugurated January 20, Trump is intensifying efforts to prevent the traditional transfer of power. The challenge to the presidential election is on a scale unseen since the aftermath of the US Civil War, which took place from 1861 to 1865.