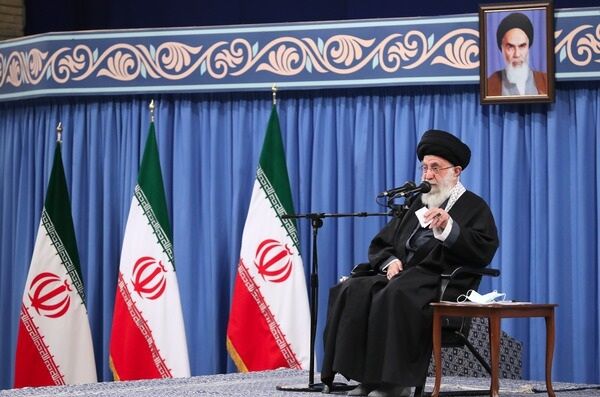 The Leader of Iran’s Islamic Revolution, Ayatollah Seyyed Ali Khamenei, says Tehran will retrace its nuclear countermeasures once the United States lifts its sanctions in a manner that could be verifiable by Iran.

“Iran will return to its JCOPA obligations once the US fully lifts its sanctions in action and not in words or on paper, and once the sanction relief is verified by Iran,” Ayatollah Khamenei said, referring by abbreviation to the Joint Comprehensive Plan of Action, the official name of the landmark nuclear agreement that Iran signed with the P5+1 group of states -- the US, the UK, France, Russia, and China plus Germany -- in Vienna in 2015.

Ayatollah Khamenei made the remarks in Tehran on Sunday during a meeting with commanders, pilots, and staff members of the Islamic Republic of Iran Air Force (IRIAF).

The meeting was held on the anniversary of a historic development that came days before the 1979 victory of Iran’s Islamic Revolution that deposed the former US-backed Pahlavi regime. The event saw Homafaran, Pahlavi's air force officers, breaking away from the monarchical regime and pledging allegiance to the late founder of the Islamic Republic, Imam Khomeini.

Under his signature “maximum pressure” policy against Iran, former US president Donald Trump withdrew Washington from the JCPOA and restored the economic sanctions that the deal had removed. The US also began threatening third countries with “secondary sanctions” if they violated the American bans.

Trump’s abandoning of the multilateral agreement was illegal under international law as the JCPOA has been endorsed by the United Nations Security Council in the form of Resolution 2231.

Iran remained fully compliant with the deal for an entire year but as the remaining European parties failed to fulfill their end of the bargain, Tehran began in May 2019 to scale back its JCPOA commitments in several steps under Articles 26 and 36 of the accord covering Tehran’s legal rights.