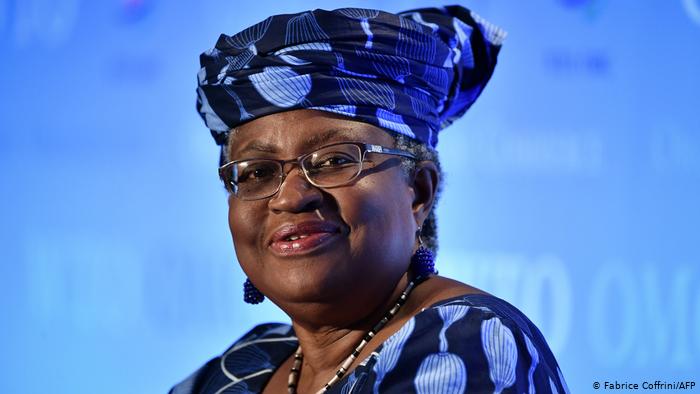 Nigeria's former finance minister, Ngozi Okonjo-Iweala, is set to become the next head of the World Trade Organization (WTO) after US President Joe Biden's administration approved the move on Friday.

If she is confirmed, Okonjo-Iweala will be both the first African and the first woman to hold the position.

The US move is another change of direction from the Trump administration, which had paralyzed the selection procedure by throwing its weight behind the South Korean trade minister Yoo Myung-hee, in opposition to many other member countries.

Yoo pulled out on Friday after consulting with the new US administration, which had been her main backer, leaving the way open for Okonjo-Iweala.

The WTO traditionally chooses its leader through consensus among its 164 member states, but this was brought to a deadlock in October by the Trump administration's refusal to back down over its chosen candidate.

The former president had threatened to leave the organization following ongoing trade disputes with China as well as constant attacks from Washington which crippled the functionality of the WTO's dispute settlement appeal system.