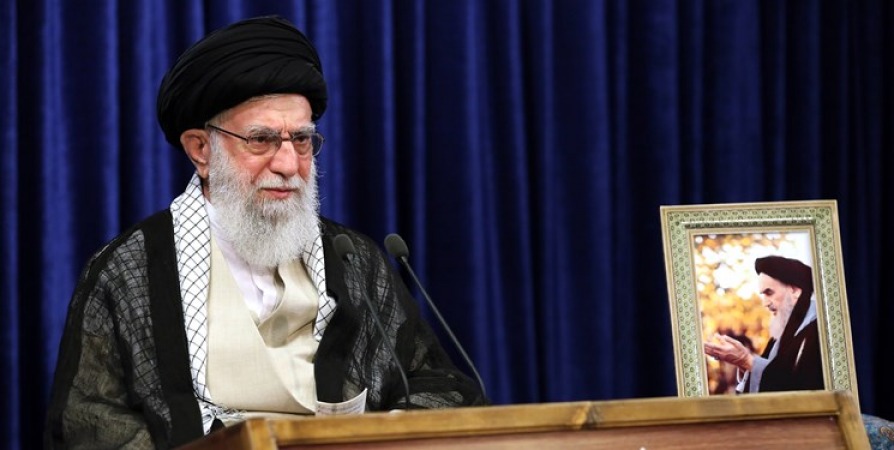 The Leader of the Islamic Revolution says Iran wants to see “action not words” from parties to the 2015 international nuclear deal with Iran.

In a speech on Wednesday during a virtual meeting with people of East Azerbaijan Province, Imam Khamenei said Iran needs to see action on the nuclear deal’s co-signatories, given the many instances of violation and non-compliance Iran has faced.

The Iran nuclear deal, reached in 2015 between Iran and a group of world powers, is formally known as the Joint Comprehensive Plan of Action (JCPOA).

“Concerning the JCPOA, I should just say one word. We have heard many nice words and promises that have been violated and have not been fulfilled in action,” Imam Khamenei said. “But this time around, [we accept] only actions! The Islamic Republic will not settle for [just] words as in the past.”

“If we see action on the part of the other side, we will take action as well. The Islamic Republic will not be satisfied with mere words and promises this time around,” he added.

On May 8, 2018, former US president Donald Trump unilaterally pulled his country out of the landmark pact and slapped sweeping economic sanctions on Iran as part of his “maximum pressure” campaign against Tehran.

A year later, Iran started its reciprocal measures by reducing its commitments to the 2015 nuclear deal after the remaining European parties to the deal — France, Germany and Britain — failed to fulfill their commitments to Tehran by confronting the unilateral US sanctions.

Tehran began to gradually remove a cap set in the JCPOA on its nuclear activities at bi-monthly intervals. At the time, Tehran insisted if the Iranian economy was shielded from sanctions, it would reverse its nuclear decision.

US President Joe Biden voiced strong criticism of Trump’s withdrawal from the deal during his election campaign, when he also promised to rejoin the accord signed when he was vice president of then US President Barack Obama.

However, Biden has failed to take corrective measures since he assumed office on January 20.

Iran says the United States’ potential return to the JCPOA could only be meaningful if Washington removed all of the sanctions.

Elsewhere, Imam said the country should not try to either conceal or deny the areas, in which it is lagging behind.

Nevertheless, “all in all, the situation now is very different from what it used to be before the Revolution, and we have made numerous advancements today,” Imam Khamenei noted.

However, the enemy projects the instances of frustration many times bigger, and does not reflect the advancements at all, the Leader said.

The adversaries, Imam added, were doing so in order to frustrate the youths and make the Iranian people grow pessimistic about the future.

The country, in turn, is duty-bound to use its advancements to make up for its shortcomings, despite the adversaries’ malign attempts.