African court orders release of Venezuelan businessman wanted by US 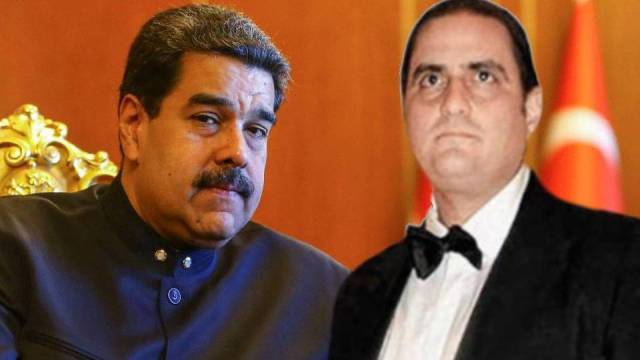 A regional court in West Africa has ordered the immediate release of a Venezuelan businessman close to President Nicolás Maduro, finding that his arrest in Cape Verde on U.S. money laundering charges was unlawful.

In its ruling Monday, a court belonging to the Economic Community of West African States, or ECOWAS, also instructed Cape Verde to cease all extradition proceedings against Alex Saab and compensate him $200,000 for damages

It’s not clear what, if any, impact the ruling by the three-judge panel will have on the extradition proceedings against Saab, The Associated Press reported.

Cape Verde, which arrested the Colombian-born businessman in June when his jet made a refueling stop on a flight to Iran, had previously repudiated the Nigeria-based court’s jurisdiction. And an appeals court in the island nation has already greenlighted his extradition, although the country's highest court has yet to sign off.

But it comes as Saab’s U.S. attorneys were in a Miami federal court Monday arguing that their client is immune from prosecution as a result of the many diplomatic posts he has held for Maduro’s government since 2018.

At the time of his arrest, he was allegedly traveling to Tehran to negotiate deals to exchange Venezuelan gold for Iranian gasoline.

The ECOWAS court in its ruling faulted Cape Verde for allegedly not having an Interpol-issued Red Alert when it arrested Saab and said his jailing also violated the country's laws against arbitrary detention.

Saab’s New York-based lawyer, David Rivkin of Baker & Hostetler, argued in federal court on Monday that the 1961 Vienna Convention on Diplomatic Relations affords his client diplomatic immunity even while in transit.

“The government’s position basically amounts to a claim that any diplomat in the world isn’t entitled to immunity unless the State Department accepts his diplomatic status,” said Rivkin.

Rivkin argued that numerous letters between Maduro and Iranian officials were sufficient evidence that he was on official government business.

The Trump administration had made Saab’s extradition a top priority, at one point even sending a U.S. Navy warship to the African archipelago to keep an eye on the captive.

In turn, Maduro's government has vehemently objected to Saab’s prosecution as a veiled attempt at regime change by the U.S. government and have ordered him to resist extradition at all costs.

His continued detention is likely to complicate any effort by Maduro to seek a fresh start with the Biden administration, as is the continued imprisonment of several Americans in Caracas, including six Venezuelan-American oil executives and two former Green Berets caught in a failed raid seeking to capture Maduro.