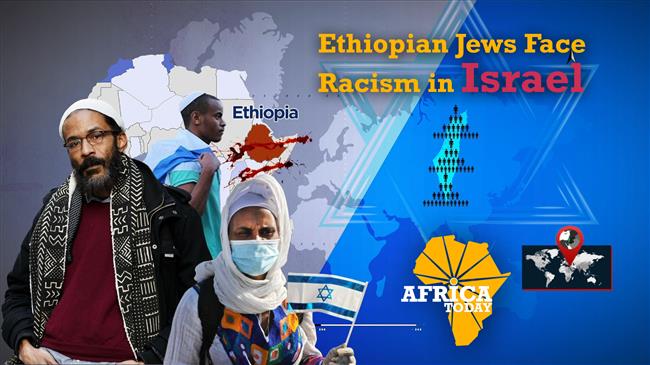 Some 300 Ethiopian Jews landed in Tel Aviv in March as part of an aggressive move by the Israeli regime to change the demographics of the occupied territories and further push Palestinian out of their land.

However, African Jews face constant discrimination and racism in Israel.

For centuries, Jews in Ethiopia were completely isolated from Jewish communities in other parts of the world.

Israel's Mossad intelligence agency first brought Ethiopian Jews to the occupied territories in the early 1980s on the orders of the then Prime Minister Menachem Begin.

Further operations followed, concluding with a mass airlift from Ethiopia in 1991.By the end of the 1990s, around 80,000 Ethiopian Jews had arrived to Israel from the Horn of Africa country.

But Ethiopian Jews face significant challenges in Israel, with the community suffering disproportionately high levels of unemployment, poverty and discrimination.

In July 2019, tens of thousands of Ethiopian Jews and their supporters staged protests across Israel after a member of the minority community was shot dead by police.

Solomon Tekah, 19, was killed by an off-duty police officer near Haifa. According to Israeli media, 11 Ethiopians have died since 1997 in clashes with the police.