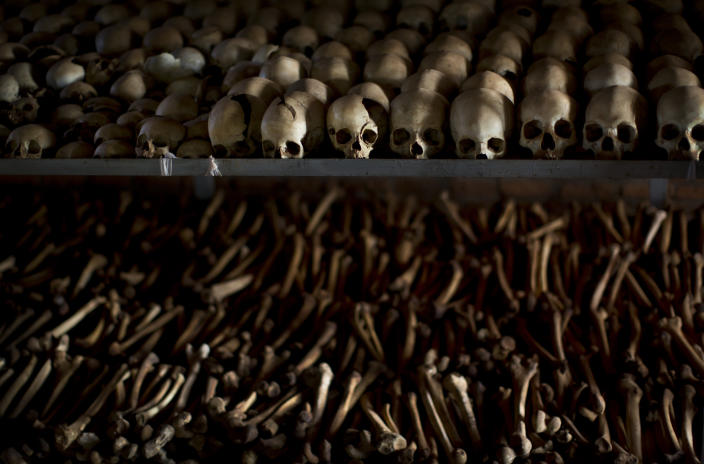 France "bears significant responsibility" for enabling the genocide in Rwanda and Paris still refuses to acknowledge its true role in the 1994 massacre that killed an estimated 800,000 people, said a report commissioned by the Rwandan government that was released Monday.

The damning report, commissioned in 2017 and running to nearly 600 pages, labels France a "collaborator" of the extremist Hutu regime that orchestrated the genocide, and outright rejects the position that Paris was blind to their genocidal agenda.

The years-long investigation by US law firm Levy Firestone Muse said France knew a genocide was coming but remained "unwavering in its support" of its Rwandan allies, even when the planned extermination of the Tutsi minority was clear.

"It is our conclusion that the French government bears significant responsibility for enabling a foreseeable genocide," states the Muse report, which drew on millions of pages of documents and interviews with more than 250 witnesses.

It found no evidence, however, that French officials or personnel directly participated in the killing of Tutsis.

The new report follows the publication last month of a separate inquiry into the same events commissioned by French government.

The Duclert Commission, named after the historian leading that investigation, concluded that France bore "overwhelming responsibilities" over the genocide and acknowledged a "failure" on its part, but no complicity in the killings.

But the new report asserts greater French culpability, saying the Duclert Commission stopped short of explaining what France was responsible for, and erred in concluding that Paris "remained blind" to the looming genocide.

"The French government was neither blind nor unconscious about the foreseeable genocide," the report stated.

More than a quarter of a century on the issue still poisons relations between France and Rwanda under President Paul Kagame, a former Tutsi rebel who has ruled the mountainous nation in Africa's Great Lakes region since the aftermath of the genocide.

The genocide between April and July of 1994 began after Rwanda's Hutu president Juvenal Habyarimana, with whom Paris had cultivated close ties, was killed when his plane was shot down over Kigali on April 6.

Within a few hours extremist Hutu militia began slaughtering Tutsis, and some moderate Hutus, with a scale and brutality that shocked the world.

Victims were felled with machetes, shot, or massacred while seeking shelter in churches and schools, while sexual violence was rife.

The report said nobody worked closer with Habyarimana than France under then French leader Francois Mitterrand, who was most to blame for the "reckless enabling" of the radical Hutu regime as it prepared for genocide.

France provided critical military and political support to the regime to protect its own strategic interests in Africa, the report said, and ignored internal warnings of a looming slaughter even as hateful rhetoric and violence against the Tutsi surged.