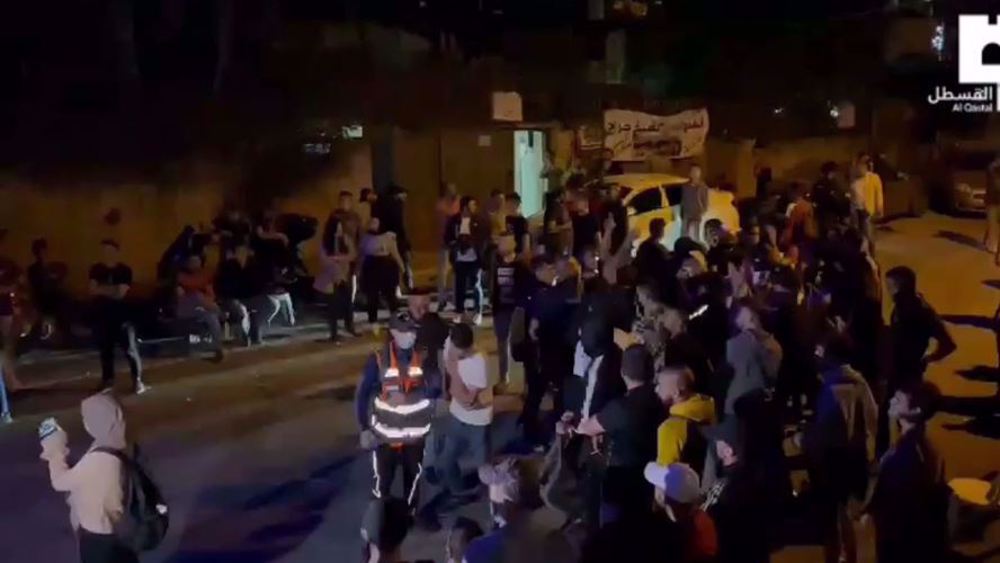 The Sheikh Jarrah district of occupied East Jerusalem al-Quds was the scene of clashes on Monday involving Israeli troops attacking a crowd of Palestinians who had held a sit-in protest against expulsion of some inhabitants of the area.

The protesters expressed their indignation by holding banners and chanting slogans against Israel’s repression of Palestinians as Israeli troops attempted to forcibly disperse the sit-in protesters.

In the ensuing clashes, a 13-year-old Palestinian was among those arrested by the Israeli soldiers while one Jewish settler was also injured.

An Israeli court has ruled that over a dozen Palestinian families must leave their homes in the area in the days to come; that is a total of 58 people, including 17 children.

Palestinians see this as part of Israel’s agenda of changing the geographic and demographic character of Jerusalem al-Quds.

The resistance movement Hamas believes the Israeli regime is responsible for harming the inhabitants of Sheikh Jarrah, where Palestinian homes and structures are being demolished for the construction of a new settlement outpost.

Hamas has also said that a recent assault on Christian worshipers in the Old City and the earlier attacks on Muslim worshipers at the holy al-Aqsa Mosque compound assert the “racist nature” of Israel.

Israeli authorities demolish Palestinian homes in the occupied territories, claiming that the structures have been built without ‘permits,’ which are nearly impossible to obtain.

More than 600,000 Israelis live in over 230 settlements built since the 1967 Israeli occupation of the West Bank and East Jerusalem al-Quds.

Israel has been accused by Human Rights Watch of crimes against humanity by pursing policies of "apartheid" and persecution against Palestinians.

The US-based rights watchdog will be sharing the report with the International Criminal Court ICC), who just weeks ago announced it would formally investigate war crimes in the Israeli-occupied West Bank and Gaza Strip.

This was after ICC judges ruled that the court had jurisdiction there. Israel says it does not recognize the court's authority.

Human Rights Watch is calling on the ICC prosecutor to investigate and prosecute individuals credibly implicated in apartheid and persecution.

The group points to Israeli restrictions on Palestinian movement. And seizure of Palestinian-owned land for Jewish settlement in territory occupied in the 1967 Middle East war as examples.

Israeli troops shot and killed a Palestinian man who was the father of five children, and injured his wife, earlier in April at a temporary checkpoint in the occupied West Bank.

Witnesses say the soldiers killed Mansour for no apparent reason, part of what rights groups say is a pattern of fatal shootings of Palestinians by Israeli forces.

“These kinds of things happen in Palestine almost every day, but you hope that it will never happen to you or your family,” said Imran Mansour, who witnessed the killing.