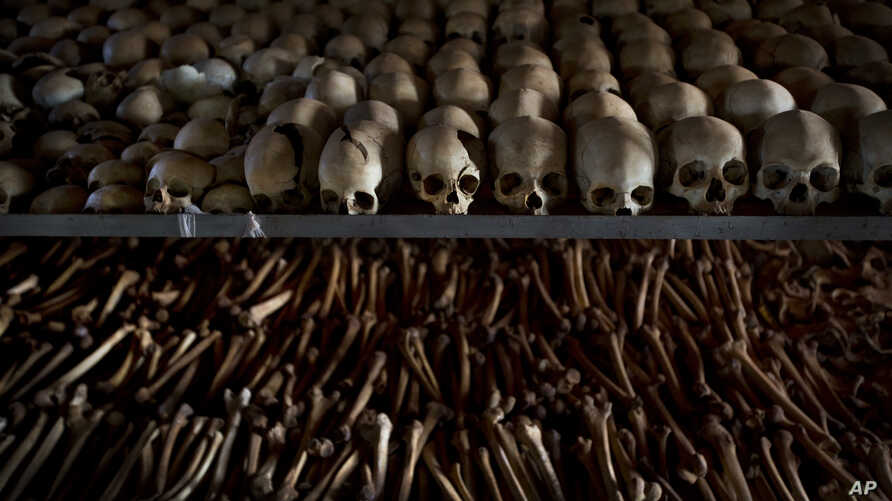 French President Emmanuel Macron has said Paris recognised its “responsibility” in the 1994 genocide in Rwanda, asking for forgiveness for his country’s role but without offering an official apology to the African nation.

He made the comments during a visit to the Rwandan capital on Thursday at the Kigali Genocide Memorial, where 250,000 victims of the mass killings are buried.

Some 800,000 ethnic Tutsis and moderate Hutus were killed by Hutu militias in 100 days of bloodletting that began in April 1994. The genocide ended in July 1994 when the Rwandan Patriotic Front (RPF), led by current President Kagame, swept in from Uganda and seized control of the country.

The visit follows the release in March of a report by a French inquiry panel that said a colonial attitude had blinded French officials and the government bore a "serious and overwhelming" responsibility for not foreseeing the slaughter.

The report absolved France of direct complicity in the killings of more than 800,000 Tutsis and moderate Hutus - an accusation that Rwandan President Paul Kagame has sometimes made.

The following moth in April, Rwanda’s government released a similar report that labeled France a "collaborator" of the extremist Hutu regime that orchestrated the genocide, and rejected the position that Paris was blind to their genocidal agenda.

The developments come at a time of rising anti-French sentiment in several African countries, fueled by the France’s colonial image, and its policy of neo-colonialism.