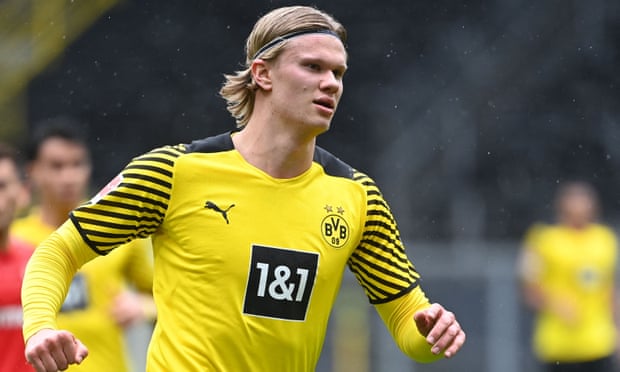 German football club Borussia Dortmund remains determined to keep Erling Haaland for another year despite Chelsea’s desire to sign the striker to play for the English club.

Thomas Tuchel is keen to bring in a forward after winning the Champions League and Chelsea are ready to ramp up their interest in Haaland.

The Norwegian, also coveted by Manchester City, has scored 57 goals since joining Dortmund 17 months ago and has established himself as one of the most exciting players in Europe.

Tuchel, who signed a contract extension until 2024 last week, has told Chelsea’s board that signing an elite goalscorer will be key to challenging City for the Premier League title. Chelsea are considering whether to test Dortmund’s resolve over Haaland after seeing another target, Romelu Lukaku, say that he plans to stay at Internazionale and accepting that City are favourites to sign Tottenham’s Harry Kane.

However a deal for Haaland, valued at more than £150m, will be extremely difficult to complete. Dortmund are adamant that the Norway international, who turns 21 next month, is going nowhere yet.

The Bundesliga club are in a stronger position after qualifying for the Champions League and plan only one big sale. They will not stand in Jadon Sancho’s way if Manchester United, who are interested in the winger, meet their €90m (£77.5m) asking price for the England international.

Dortmund demonstrated that they are not easy to push around when they refused to drop their asking price for Sancho amid interest from United last summer. Their plan is to keep Haaland for another season, with a transfer more likely next year.

Another complication is the cost of signing Haaland. It is understood that Chelsea, who broke their transfer record when they signed Kai Havertz from Bayer Leverkusen for £62m last summer, are reluctant to spend £150m on the forward.

They would prefer to negotiate a lower fee for Haaland, whose agent, Mino Raiola, could seek wages of about £300,000 a week for his client. Barcelona and Real Madrid are unlikely to be able to afford Haaland.

Chelsea have considered putting forward a swap deal involving Tammy Abraham, who is up for sale. However Dortmund are likely to insist on a straight fee for Haaland.

Dortmund have been linked with another Chelsea youngster, Callum Hudson-Odoi. However it is understood that Hudson-Odoi is happy at Stamford Bridge and wants to fight for his place.