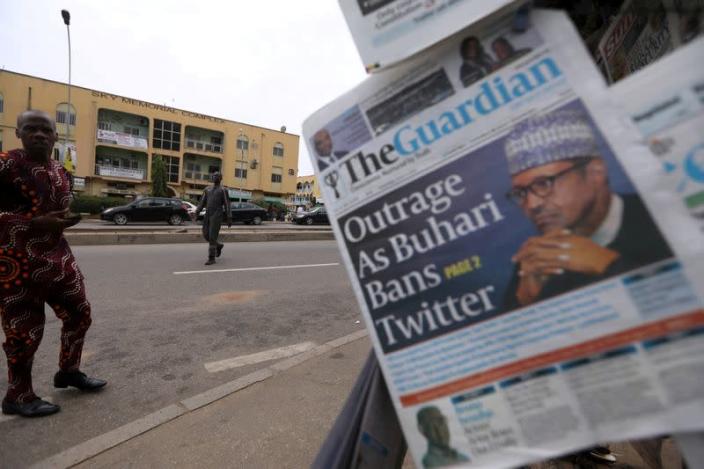 Nigerian authorities have ordered television and radio stations to stop using Twitter to gather information and to de-activate their Twitter accounts, after the Nigerian government suspended the U.S. social media giant in Africa's most populous country.

The order came two days after the platform removed a tweet by President Muhammadu Buhari that threatened to punish secessionists.

Nigeria’s attorney general has ordered the prosecution of those who break the rules on the ban.

Buhari, who was Nigeria's military ruler in the 1980s, has denied accusations of trying to curb freedom of expression.

The foreign minister on Monday held a closed door meeting in the capital, Abuja, with diplomats from the United States, Britain, Canada, the European Union and Ireland to discuss the ban.

It followed the statement by their diplomatic missions on Saturday in which they criticised the move.

Nigeria's information minister on Friday said the ban would be "indefinite" but, in a statement late on Sunday, referred to it as a "temporary suspension".