Hundreds of Nigerians protest against insecurity on Democracy Day 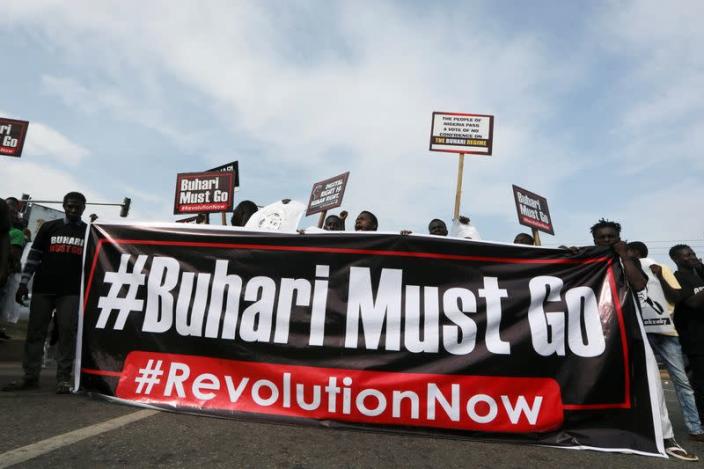 Police detained several demonstrators and fired tear gas in the Nigerian cities of Lagos and Abuja on Saturday during protests over the worsening security situation in Africa's most populous country.

There was a heavy police presence in the country's two major cities as several hundred protesters gathered on Democracy Day, which celebrates Nigeria's move to civilian rule more than 20 years ago.

Anger over mass kidnappings-for-ransom, a decade-long Takfiri insurgency and a crackdown on protesters in Lagos last October left the West African nation in debacle and led to demands for the government to do more to tackle insecurity.

Witnesses saw police firing guns into the air and tear gas into the crowds to disperse demonstrators who held placards and chanted "Buhari must go", a reference to President Muhammadu Buhari.

Buhari has admitted that he has failed to end insecurity in the country, a promise he made when he was elected in 2015.

In a TV address on Saturday, he said the fight against militants in the north had had the unintended consequence of spreading violence to other areas.

After his election in 2015, President Buhari said the group had been "technically defeated" by an army offensive.

Referring to the attacks and kidnappings that have spread to north-west and central Nigeria, he said: "Unfortunately, like most conflict situations, some Nigerian criminals have taken advantage of a difficult situation".

He expressed his condolences to "families and friends of our countrymen, women and children who have been the unfortunate victims of such senseless kidnappings and murders".