How to treat and prevent depression in older age 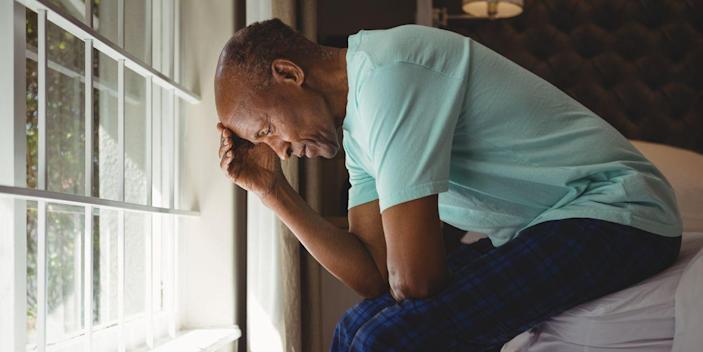 One of the myths that exist among many people is that people suffer depression more as they become older because of illness, loss of friends and family, and approaching death.

But the data say otherwise, according to an article published in the US website MarketWatch.

According to the US Centers for Disease Control and Prevention (CDC), 18.4% of Americans 65 and older suffer from some form of depression, and anywhere from 1% to 5% have major depression.

That’s about the same percentage as Americans between 45 and 64 years of age and trails the 21% rate of all forms of depression among people aged 18 to 29.

Some six to seven million older Americans suffer from depression.

Still, depression is not a normal part of aging; quite the opposite, says Dr. Rosanne Leipzig at the Icahn School of Medicine at Mount Sinai in New York.

“Actually most older people are better adjusted emotionally than younger people,” she said in an interview. “It’s called the paradox of positive aging and even though they had more significant losses overall they’re better able to control their emotions. Also, maybe when you recognize that there’s… an expiration date, you don’t have all the time left in the world.”

Depression in older people often accompanies disease and other medical conditions: Some 80% of Americans 65 and older have one chronic medical condition, while half have two or more. And 54% of adults 65 and older (54%) report taking four or more prescription drugs to treat those chronic conditions, which also may play a role in depression in older Americans.

Depression may present itself differently in the elderly. Feeling tired, having trouble sleeping, not enjoying activities they used to enjoy, being grumpy or irritable, having problems remembering things, or showing big changes in weight or appetite all may point to depression, which must be diagnosed by a physician or mental health professional.

Leipzig, whose book on aging, Age-Old Questions, will be published this year, also noted some particular characteristics of depression in older people. “If you are withdrawing from things, not wanting to do things, I think that’s huge,” she told me. “If you’re finding that you’re having difficulty concentrating I think that would be [another sign].”

Also, she said, “if somebody is really having a memory problem, they’ll guess at something when you ask them a question, but when you’re talking to an older person with depression they aren’t interested, they don’t even try to guess.”

A striking difference between depression in the elderly and among young people, she said, is that younger people express a sense of worthlessness and guilt, whereas older people do not.

According to a 2017 study, women are more likely to suffer from depression than men, and that persists into old age. But men may suffer more severe forms of depression, and that translates into higher suicide rates among older white men in particular.

But don’t get too depressed about it. Leipzig recommends several ways to brighten your spirits and improve your mood. “The first thing you do is accept your age, accept that you’re going to age and that it’s probably a good thing,” she said. Well, it sure beats the alternative, as the old joke goes.

“Two is think about and start cultivating what you would want to do with the rest of your life. Most people these days are going to live 20 to 30 years in retirement. How do you want to spend that time? Finding meaning is probably the most important thing. People who find something that is meaningful do really well.”

Finally, she advised, “try to make intergenerational connections, whether it’s with your grandchildren, your nieces, your nephews, a school nearby [where] you do a reading program. Having people who are younger in your life really helps in so many ways.”