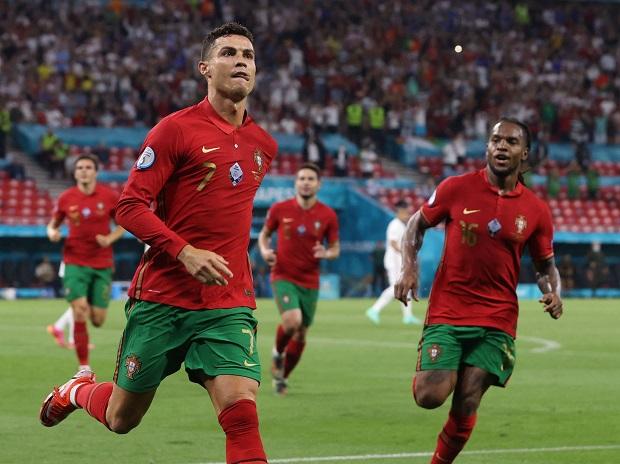 Ronaldo had the same number of goals as Czech Republic forward Patrik Schick but the Portuguese footballer will get the award because he had an assist.

In third place, it was Karim Benzema of France who scored four goals in the tournament.

Ronaldo opened his account at Euro 2020 with two late goals in the 3-0 win against Hungary, taking his all-time Euro Cup finals tally to a new record of 11

He added one more to his total with the opening goal of the 4-2 loss to Germany on Matchday 2 and then struck twice from the penalty spot in the 2-2 draw with France on Matchday 3.

According to UEFA, those two goals against Les Bleus took Ronaldo's all-time tally for his country to a staggering 109 goals, equalling the world-record mark set by former Iran forward Ali Daei.

Portugal was eliminated from the tournament after losing to Belgium 1-0 in the round of 16.

Italy defeated England 3-2 and won the Euro 2020 final after a penalty shootout at London’s Wembley Stadium on Sunday.