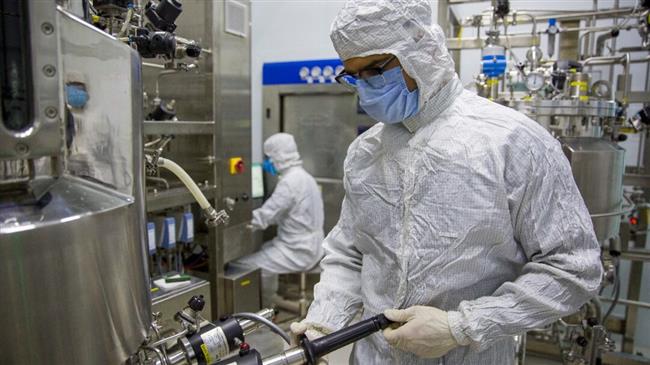 Iran’s Shifa Pharmed pharmaceutical company has rejected reports suggesting that its coronavirus vaccine production lines had been affected by a US sabotage act.

“The news on the sabotage act by America is not true and Coviran Barekat vaccine production line is working at full capacity,” said the statement published in the official IRNA agency.

The announcement comes a day after Iran finally included Barekat in its inoculation program against the coronavirus.

The home-made jab has proven to be effective against variants of the disease, allowing the Iranian health ministry to approve it for emergency use.

Confidence in the vaccine increased after Leader of the Islamic Revolution Ayatollah Seyyed Ali Khamenei received a first doe of the jab last month.

The vaccine was officially rolled out for public injections in several provinces on Wednesday using a supply of 800,000 jabs provided by Shifa Pharmed.

However, reports in the social media and several local news outlets had suggested that an American sabotage act had caused delays in the rollout of the vaccine in Iran.

In its Thursday statement, Shifa Pharmed categorically denied there has been any halt to vaccine manufacturing processes whatsoever. It added that new batches of the Barekat vaccines will be supplied to health authorities within the next few days to speed up the vaccinations.

Iran has relied on foreign supplies for more than six million vaccinations carried out in the country since December.

Authorities have blamed the slow pace of vaccinations on US sanctions, saying the bans on banking transactions have hampered Iran’s access to foreign supplies of vaccines.