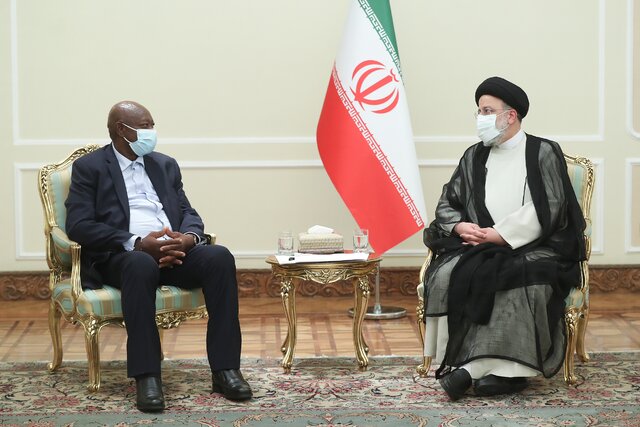 Raeisi made the comments on Friday during a meeting with the President of Guinea Bissau’s National Assembly, Cipriano Cassama, who was visiting Tehran to Raeisi’s innauguration.

Iran’s president said Westerners are mainly seeking to exploit Africa’s abundant natural resources and human capital, and in return do not contribute to the development and welfare of the continent.

He described the Islamic Republic as a true friend and partner of Africa that seeks the independence and progress of the people of this continent.

Raeisi also mentioned the importance of parliamentary relations in the development of ties between the two countries.

Cassama emphasized his country's commitment to developing relations with Iran and said he believes that US and Western sanctions against Iran must be lifted and cannot continue.