Israel’s collapse a reality, will materialize in near future: Iranian commander 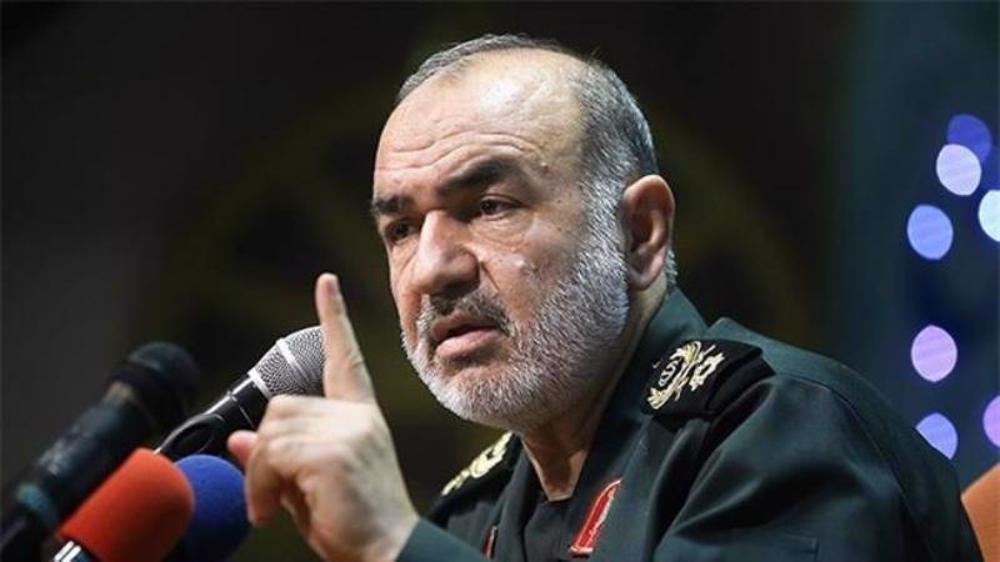 The chief commander of Iran’s Islamic Revolution Guards Corps (IRGC) says the final collapse of the Zionist regime is not just an aspiration, but a reality which will materialize in the near future.

Major General Hossein Salami made the remarks in separate meetings on Monday with Ismail Haniyeh, who heads the political bureau of the Palestinian Islamic Resistance Movement, Hamas, and the secretary general of the Islamic Jihad movement, Ziyad al-Nakhalah, in Tehran.

During the meetings, the Iranian commander congratulated the Palestinian resistance movements on their achievements in the recent Israeli aggression against the besieged Gaza Strip, saying, “In view of undeniable realities on the ground, we believe that the collapse and fall of the Zionist regime is far beyond a mere aspiration and is a reality, which will be realized in the near future.”

He said the balance of power between the Israeli regime and the Palestinian resistance groups in “Operation al-Quds Sword” was quite different in comparison with previous wars, adding that the Palestinian front was more powerful and achieved a victory beyond just a military triumph.

Tel Aviv launched a brutal bombing campaign against the besieged Gaza Strip on May 10, following Palestinian retaliation against violent raids on worshipers at al-Aqsa Mosque and the regime’s plans to force a number of Palestinian families out of their homes at the Sheikh Jarrah neighborhood of East al-Quds.

According to Gaza’s Health Ministry, 260 Palestinians were killed in the Israeli offensive, including 66 children and 40 women. At least 1,948 others were also wounded.

In response, Palestinian resistance movements, chief among them Hamas, launched Operation al-Quds Sword and fired more than 4,000 rockets and missiles into the occupied territories, killing 12 Israelis.