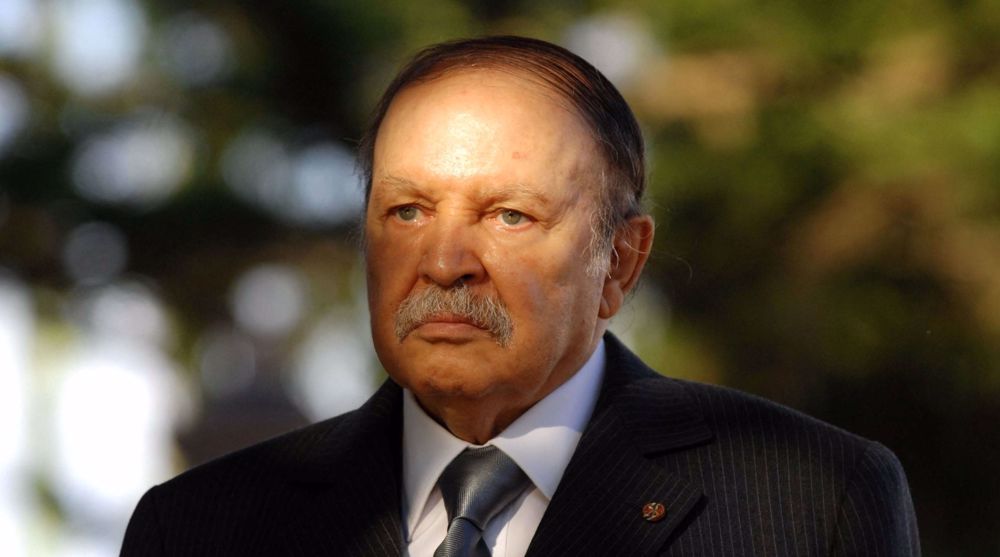 Algeria's former president Abdelaziz Bouteflika has died at 84 more than two years after he resigned under pressure from protests and the army.

He had rarely been seen in public before his departure since 2013, when he suffered a stroke that affected his mobility and speech.

He spoke with difficulty and faced constant speculation over his health condition which was treated as a state secret for years.

Bouteflika, a veteran of Algeria’s war for independence against French colonial rule in the 1950s, is well known for his anti-colonial role and helping to mediate conflicts and political instability in neighboring states.

After Algeria won independence in 1962, Bouteflika was appointed minister of youth and sports in the government of Ahmed Ben Bella, the North African country's first elected president.

He headed Algerian delegations in negotiations with the French in 1963 and was appointed as the country’s first and the world’s youngest minister of foreign affairs.

He kept that post for 16 years, raising Algeria's influence in the region and leading newly independent African nations towards non-alignment in the Cold War.

Throughout the 1960s and 1970s, Algeria housed and welcomed freedom fighters from around the world, including Che Guevara. Bouteflika is also credited with giving young Nelson Mandela his first military training.

Algeria was active in the United Nations in those years which led Bouteflika to preside over the UN General Assembly in 1974.

In a historical step toward international recognition of the Palestinian country, he invited former Palestinian leader Yasser Arafat to address the world governing body for the first time.

Bouteflika also demanded China be given a seat in the in the United Nations, and railed against apartheid in South Africa.

He took office in 1999 to help lead the nation out of civil war between the army and a militant group. Both sides had been accused by human rights organizations of committing atrocities during the war, which left an estimated 200,000 Algerians dead.

Bouteflika, Algeria's first civilian leader in more than three decades, managed to bring stability to a country nearly brought to its knees by the violence.

He was reelected in 2009 and 2013, after the Constitution was amended to allow him to run without term limits.

However, increasing frustration over the country's stalled economy, corruption and authoritarianism as well as Bouteflika’s illness and his poor performance finally took its toll on the once-charismatic figure.

He led the country for almost two decades before stepping down in April 2019 after his bid for a fifth term in office led to massive street protests. The protests continued and the military stepped in, ending his government.