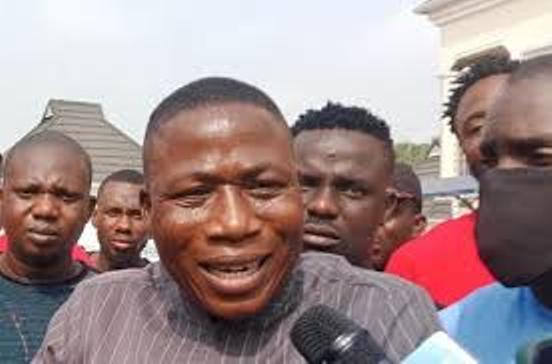 Sunday "Igboho" Adeyemo is a separatist leader in Nigeria calling for a Yoruba republic in the West African country.

Igboho, 48, was arrested in July in neighboring Benin and is awaiting extradition to face charges in his country.

A senior Benin police official said in July that Igboho will be extradited to Nigeria as soon as the two countries have “agreed on conditions.”

He is named after his birthplace - the town of Igboho - located in Oyo State in southwest Nigeria.

He first achieved some notoriety last October when he used the country's independence day to call for the creation of an independent Yoruba republic, although he was widely ridiculed for the idea.

Hailed as a hero by his supporters, Igboho is seen as a dangerous agitator by others, accused of inciting ethnic hatred and stockpiling illegal weapons.

Separatist agitation is not new in Nigeria, but it is one of the challenges facing President Muhammadu Buhari's government ahead of the 2023 election.