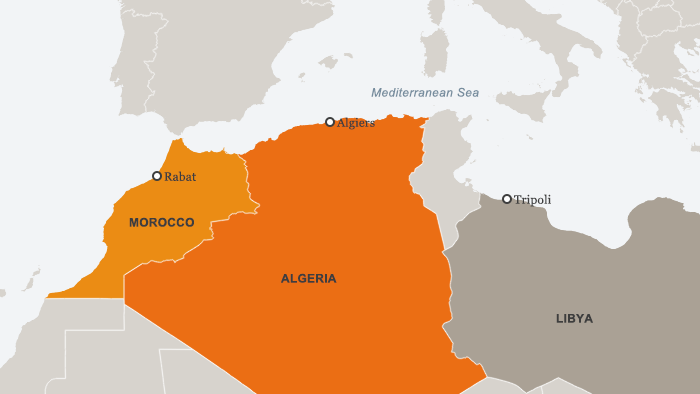 Algeria has closed its border with Morocco and banned all passenger and fighter jets over its airspace, as relations between the two neighboring countries in North Africa deteriorates.

Algeria's presidency made the anoouncement on Wednesday, the latest dispute between the two countries at odds mainly over Western Sahara.

The move was announced after a meeting of the High Security Council chaired by President Abdelmadjid Tebboune.

The presidency said the meeting examined the situation on Algeria's border with Morocco and took into account "the continuation of provocations and hostile practices by Morocco".

The border between Morocco and Algeria has been closed since 1994.

Algiers broke off diplomatic ties with Rabat on August 24, accusing it of "hostile actions" after months of heightened tensions between the two North African countries.

Relations between the two nations have deteriorated since last year, when the Western Sahara issue flared up after years of comparative quiet.

Morocco sees Western Sahara as its own, but the territory's sovereignty has been disputed by the Polisario Front, an Algeria-backed independence movement.

Morocco's normalisation of ties with Israel last year as a quid pro quo for US recognition of Moroccan sovereignty over Western Sahara also angered Algeria.