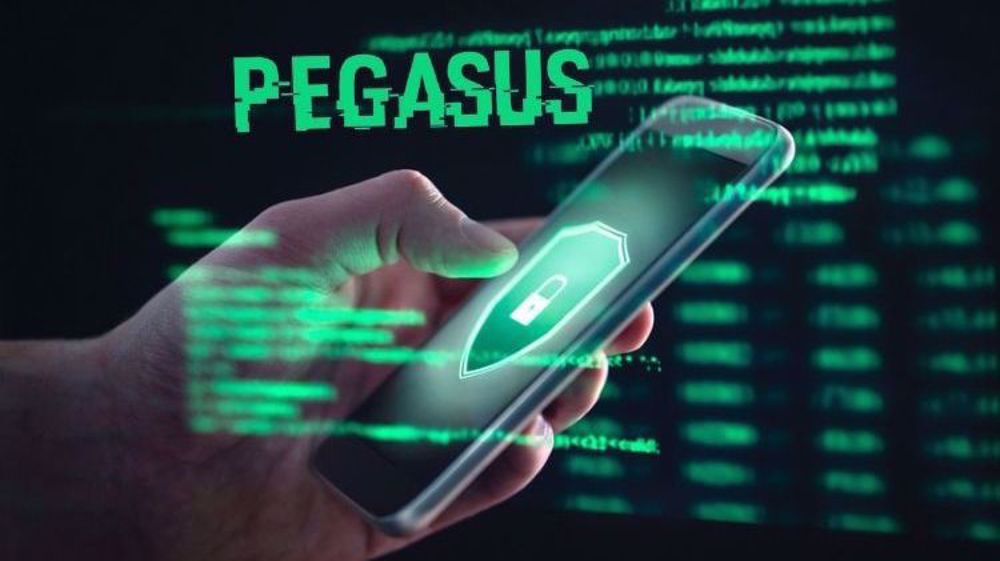 The Israeli spyware Pegasus was used for surveillance on the staff of Palestinian civil societies recently outlawed by the regime, an investigative report by a European rights group has revealed.

The move drew sharp criticism from several human rights watchdogs. The Palestinian resistance movement Hamas, the Arab League, and several American legislators also spoke out in denunciation of the designation.

Back in July, a group of 17 media organizations revealed that Pegasus, developed by the Israeli hacker-for-hire company, NSO Group, targeted human rights activists, journalists, lawyers and leading political figures, including the French president, across the globe.

Last week, the US Department of Commerce blacklisted the Israeli surveillance company, which has so far exported Pegasus to 45 countries around the world.

Smartphones infected with Pegasus can be turned to a listening device. In addition, the spyware allows the user to read the target's messages, look through their photos, track their location and even turn on their camera without them knowing.

On Monday, the Irish-based rights organization, Front Line Defenders, also known as the International Foundation for the Protection of Human Rights Defenders, said in a report that six devices used by Palestinian rights activists “were hacked with NSO Group's Pegasus spyware.”