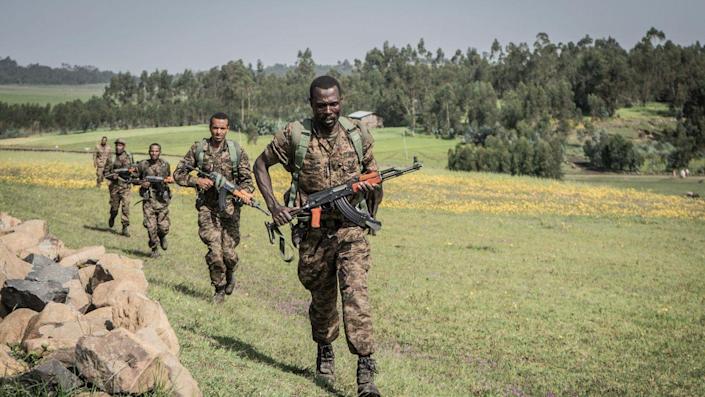 Ethiopia’s government says several U.N. employees were detained in the capital because of “their participation in terror” under the new state of emergency as tensions escalate in the East African country.

The United Nations said Tuesday that at least 16 of its local employees were being held in Addis Ababa.

The U.N. said it was given no reason for the detentions, but ethnic Tigrayans, including lawyers, have reported widespread detentions in Addis Ababa since the state of emergency was declared, saying people are being picked up on the basis of their ethnicity alone.

Ethiopian government spokesman Legesse Tulu in a message to the AP said the detentions occurred “because of their wrongdoing and their participation in terror act," without giving details. “It has no any connection with their office and job.”

The Ethiopian government has said it's detaining people suspected of supporting the rival Tigray forces who have been fighting Ethiopia's government for the past year.

Ethiopia's government last month expelled seven U.N. staffers from the country, accusing them of falsely inflating the scale of the crisis.

Envoys from the African Union are trying to encourage an immediate cease-fire by Ethiopia's government and the Tigray forces who long dominated the national government before Prime Minister Abiy Ahmed came to power.