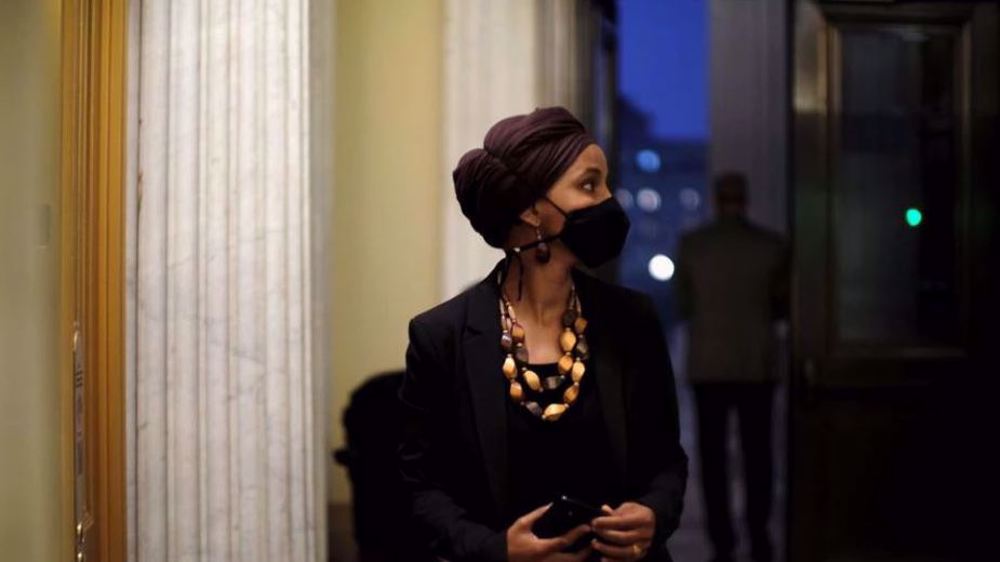 US Congresswoman Ilhan Omar has introduced legislation in an effort to block the sale of $650 million air-to-air missiles to Saudi Arabia.

Omar was born in Somalia and is a Muslim. She is a member of the House of Representatives, the lower chamber of Congress.

She introduced legislation on Friday amid growing opposition to Washington’s arms sales to Riyadh because of its atrocities against the people of Yemen.

Omar said she filed the measure, called a joint resolution of disapproval, because of Saudi Arabia's war on Yemen, and its human rights record.

The administration of US President Joe Biden announced on November 4 that it had approved the sale of 280 air-to-air missiles valued at up to $650 million, despite the fact that Biden had vowed to “reassess” Washington’s ties with the conservative kingdom.

“It is simply unconscionable to sell weapons to Saudi Arabia while they continue to slaughter innocent people and starve millions in Yemen, kill and torture dissidents, and support modern-day slavery,” Omar said in a statement.

"We should never be selling human rights abusers weapons, but we certainly should not be doing so in the midst of a humanitarian crisis they are responsible for. Congress has the authority to stop these sales, and we must exercise that power," she added.

Omar's action underscores continuing opposition of weapons sales to Saudi Arabia among some lawmakers, but the measure's prospects for stopping the sale are slim since it would have to pass the US Senate and survive a likely veto.

The Pentagon on November 4 notified Congress of the sale which the State Department had approved in October. This comes amid harsh criticism against Saudi Arabia for its military onslaught on Yemen.

Saudi Arabia, backed by the US and regional allies, launched the war on Yemen in March 2015, with the goal of bringing the government of former president Abd Rabbuh Mansur Hadi back to power and crushing the popular Ansarullah movement, which had overthrown the previous Saudi-backed Yemeni government.

The Saudi war has left hundreds of thousands of Yemenis dead, and displaced millions more. It has also destroyed Yemen’s infrastructure and spread famine and infectious diseases.