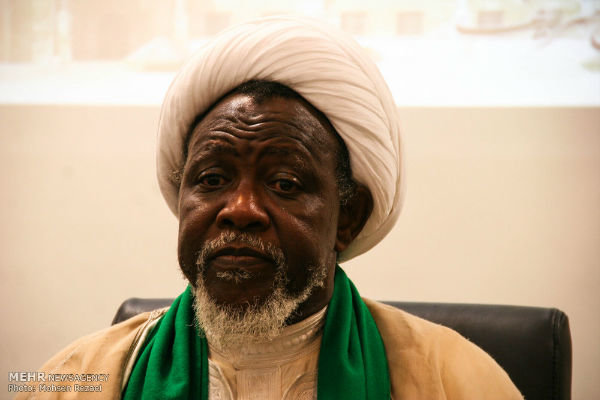 "The IMN is not a name, it is an ideology like Islamic awareness, Islamic ideology, Islamic education, or Islamic philosophy. It is a sort of concept. We never used it as a name, and the movement can never be banned or proscribed," Zakzaky said, Iran Press Reported.

Sheikh Zakzaky said proscribing the IMN is just like saying one is not permitted to practice his religion, contrary to the Nigerian constitution.

Elsewhere in his remarks, the cleric said he and his wife still have bullets in their bodies which doctors have not been able to remove.

In December 2015, the Nigerian army raided Huseiniyya Baqiyhatullah religious center and Sheikh Zakzaky's house in the town of Zaria in Kaduna State, killing hundreds of armless civilians, among them women and children.

It wounded the leader of the IMN and his wife with gunshots, a massacre that has been condemned by Amnesty International, Human Rights Watch, and other international activists.

During an aborted trip for medical treatment in India in August 2019, the Nigerian authority seized their international passports. It refused to hand them back even though Kaduna State High Court ordered their release on July 28, 2021.