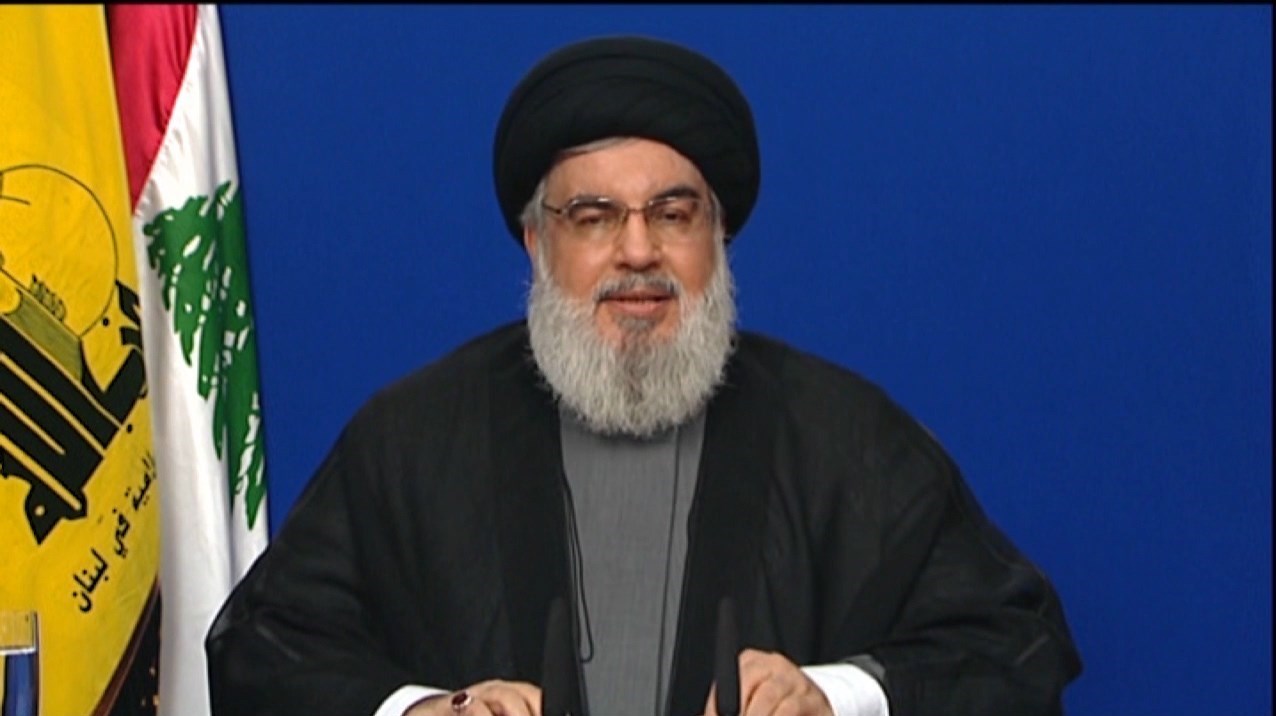 Nasrallah made the remarks in an ongoing live interview on Tuesday with Iran’s Arabic-language al-Alam news network.

“Today, the Islamic Republic is the model of independence and freedom across the Islamic world and the entire world, while before the Revolution, Iran was controlled by the US,” he said.

The Hezbollah chief added that the Islamic Republic of today is a “great regional power” that cannot be simply ignored or fought off.

A revolution brought about by ‘true Islam’

It was “true Islam” that brought about Iran’s Islamic Revolution because “it is true Islam that stands up to oppression and atrocity,” Nasrallah said.

“This is the exact thing that the US does not brook,” he stated, noting that Washington’s enmity towards Tehran is rooted in the emergence of an independent establishment in Iran that enjoys popular sovereignty.

US, Israel fearful of war with Iran

Neither is the US capable of stopping Iran’s peaceful nuclear energy program.

“Iran is not on joking terms with anyone. It will retaliate [for any military action.”

Israel unsure of war with Hezbollah

The Israeli regime, Nasrallah noted, would never be capable of reaching its goals concerning Hezbollah through warfare.

“Were the Israeli regime certain that it would be victorious in a [potential] war with Hezbollah, it would not hesitate for even a moment [to launch such a war],” he said.

The resistance movement is, however, not afraid of war and does not surrender in the face of threats either, said the official and asserted that the resistance’s approach rests in “deploying whatever weapon to confront the Israeli threats.”

Hezbollah has activated its air defense systems to confront the Israeli regime’s incessant violations of the Lebanese airspace, something that has “greatly reduced” the breaches.