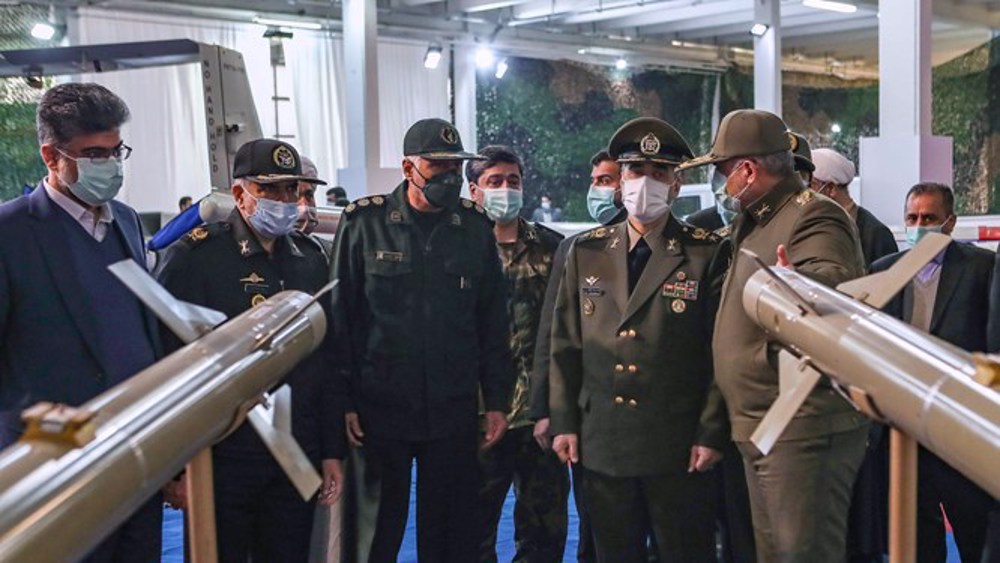 The military achievements were showcased on Sunday during a ceremony attended by Iran's Defense Minister Brigadier General Mohammad Reza Ashtiani, a number of other high-ranking military officials and experts from the Defense Industries Organization.

The ceremony coincided with celebrations in Iran commemorating the 43rd anniversary of the 1979 Islamic Revolution, which overthrew the US-backed Pahlavi regime.

The unveiled defense systems included various types of stationary missiles, helicopter-mounted and drone-mounted payloads, as well as long-range and smart ammunition for artillery and mortars, whose range and accuracy in destroying targets have been improved.

Iranian military experts and technicians have in recent years made substantial headways in manufacturing a broad range of indigenous equipment, making the armed forces self-sufficient in the arms sphere.

Iranian officials have repeatedly underscored that the country will not hesitate to strengthen its military capabilities, including its missile power, which are entirely meant for defense, and that Iran’s defense capabilities will be never subject to negotiations.

Iran’s Supreme Leader, Ayatollah Seyyed Ali Khamenei, has repeatedly called for efforts to maintain and boost Iran’s defense capabilities, hitting back at the enemies for disputing the country’s missile program.