People who eat less meat have a lower risk of cancer, study suggests 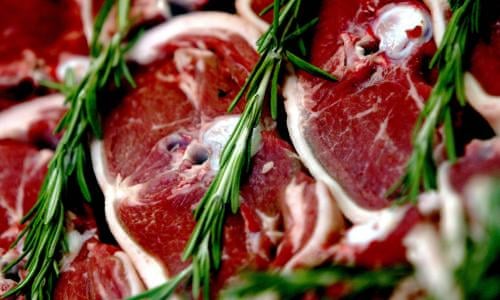 People who eat less meat or follow plant-based diets may have a lower risk of certain cancers, a new study in Britain suggests.

Researchers from the University of Oxford analyzed data from 472,377 adults in the UK, aged 40-70, who did not have cancer at the start of the study.

The study was published this week in BMC Medicine.

During an average of 11 years of follow-up, the researchers compared the rates of cancer diagnoses to to data on how often they ate meat, including red meat and poultry. Fish was included as a separate category.

They found that vegetarians and vegans had a 14% lower overall cancer risk, compared to people who ate meat nearly every day, more than five times a week, on average.

People who ate fish, but not meat, had a 10% lower risk, and those who ate meat less frequently had a 2% lower risk.

For certain types of cancer, the difference was even more significant and a surprise to researchers.

The study is observational, which means the research is not a perfect assessment of how meat eating impacts cancer risk. Many factors could explain the link, including overall lifestyle, said Cody Watling, lead author of the study and a PhD student at Oxford.

Meat is known to be linked to health problems. A study by the American Heart Association that found people who eat more animal fat were linked to having a higher risk of stroke.

The National Institutes of Health has also collected data that indicates eating red meat on a regular basis may shorten a person’s lifespan.