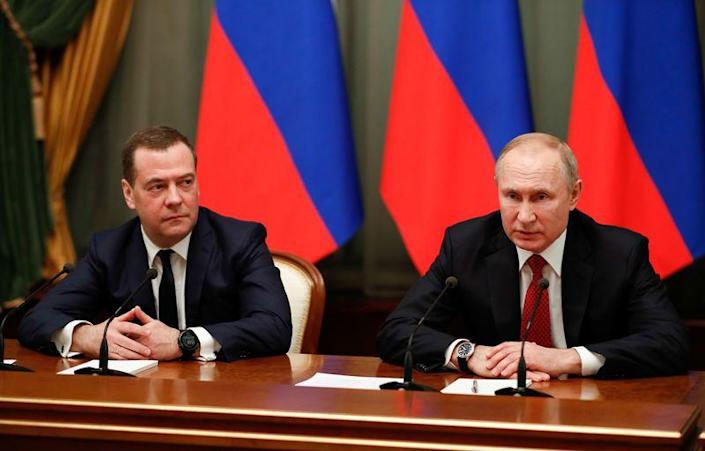 Former Russian president Dmitry Medvedev warned the US on Wednesday that the world could spiral towards a “big nuclear explosion” if Washington continued its long-term plot to destroy Russia.

The remarks were made by Dmitry Medvedev, who was Russian’s president from 2008 to 2012 and is now deputy secretary of Russia's Security Council. He is a close ally of current Russian President Vladimir Putin.

Medvedev said the United States had conspired to destroy Russia as part of an "primitive game" since the 1991 fall of the Soviet Union. "It means Russia must be humiliated, limited, shattered, divided and destroyed," Medvedev, 56, said in a 550-word statement.

The US government has claimed it does not want the collapse of Russia, the world's biggest country by area.

Putin announced a "special military operation" in Ukraine on February 24. The conflict has provoked a unanimous response from Western countries, which have imposed a long list of sanctions on Moscow.

The war has raised fears of a wider confrontation between Russia and the United States - the world's two biggest nuclear powers.

Medvedev said the Kremlin would never allow the destruction of Russia, but warned Washington that if it did achieve what he characterised as its destructive aims then the world could face a dystopian crisis that would end in a "big nuclear explosion".

Russia's collapse, he said, would lead to five or six nuclear armed states across the Eurasian landmass run by "freaks, fanatics and radicals".

"Is this a dystopia or some mad futuristic forecast? Is it Pulp fiction? No," Medvedev said.