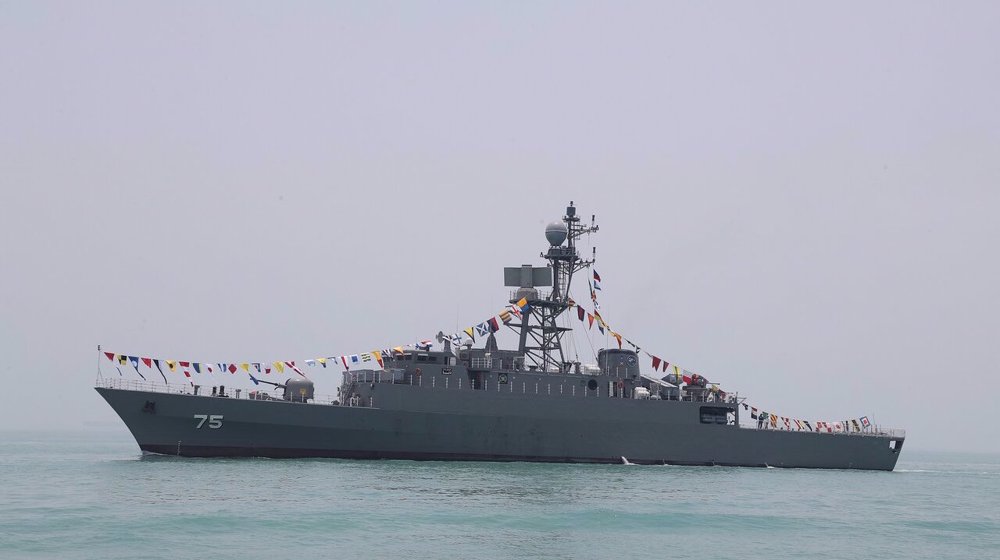 The Iranian Navy has dispatched its thoroughly-indigenous destroyer Dena to international maritime exercises held in the Indian Ocean.

The drills, which are known as the Indian Ocean Naval Symposium (IONS), began 40 miles (64 kilometers) off the Indian port city of Goa on Tuesday.

Joining the Iranian destroyer in the initial stage of the drills were the Indian and Bangladeshi navies as well as naval forces belonging to the other members of the body.

According to Captain Farhad Fattahi, commander of the Iranian team, the exercises take place in two phases.

The phase that takes place on the shore features briefings, workshops, and reciprocal visits, while the maritime phase comprises various naval maneuvers and relief and rescue missions among other things, he said.

The Iranian Navy has joined the event with the aim of partaking in training cooperation and exchanging experiences in the field of maritime practices, noted the official.

“The Iranian Navy’s presence in high seas and its participation in multilateral exercises with the other countries of the world indicate the Islamic Republic’s strength in the maritime field and [its] effective interaction with other countries to boost maritime security and international peace,” Fattahi said.

As many as 14 other IONS members are observing the drills, namely Australia, Mozambique, Oman, Qatar, Singapore, Sri Lanka, the United Arab Emirates, the United Kingdom, Mauritius, Bangladesh, the Maldives, France, Thailand, and Indonesia.