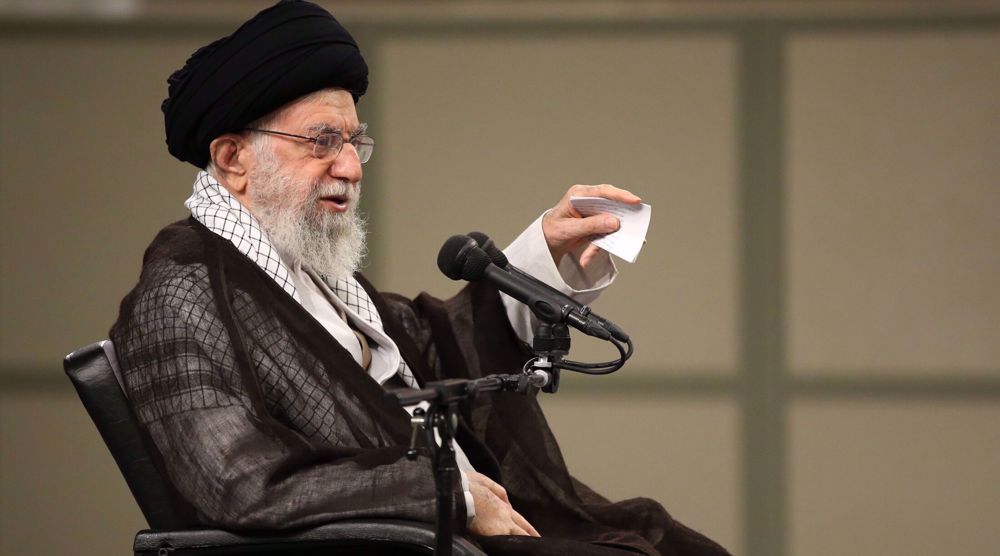 Addressing a meeting of the parliamentarians in Tehran on Wednesday after Mohammad Baqer Qalibaf was re-elected as the Speaker, Ayatollah Khamenei referred to a myriad of challenges facing the world today, including hostile nuclear rivalries, wars, contagious diseases, and the severe shortage of food.

"Hostile rivalries of [world] powers and threats of nuclear powers against each other, increasing military moves and threats and war near Europe, as one of the most war-prone regions in the world, the unprecedented spread of a disease [COVID-19] and food shortages around the world are all factors that have resulted in special conditions in the world," the Leader said.

"Under the current circumstances, countries’ [capability] to manage [their affairs] has become more difficult and more complicated," he added.

The Leader emphasized that Iran is constantly engaged in challenges with world powers in various areas in addition to the conditions that prevail over all countries as the Islamic Republic has presented a new model, which is based on religious democracy, and has disrupted equations of the arrogant system.

Ayatollah Khamenei stated that Iran has managed to firmly stand up to all hostilities and enmities, and continues to make progress despite challenges.

The Leader advised Iranian lawmakers, administration, and the judiciary as well as other apparatuses to play their role in "such great and important management" of the country.

He stressed the importance of raising awareness concerning both the capabilities and vulnerabilities of the country and called on officials to be "careful not to make mistakes because the enemy relies more on our mistakes than its abilities."

Ayatollah Khamenei also referred to the 40th anniversary of the liberation of the strategic Iranian city of Khorramshahr during Iraq’s imposed war on the country and described it as a "symbol of changing a bitter equation to a sweet equation and the realization of national salvation."

The Leader said firm determination, initiatives, self-sacrifice, long-term view of goals and ideals, and above all, sincerity and trust in God are among the leading factors to overcome difficult, complicated, and bitter situations and achieve victory and success.

He also described the Iranian Parliament as among the "main pillars of the country's management" and called on the three branches of the government and all apparatuses to closely cooperate given the existing difficulties and complexities in management under critical global situations.

The Leader further emphasized that the Iranian lawmakers must pay heed to the difficulties facing the country.

"Managing a country with such a position like that of … Iran is an important and naturally difficult and complicated task given the current special circumstances in the world," he asserted.