Another Chibok girl in Nigeria escapes after eight years in captivity 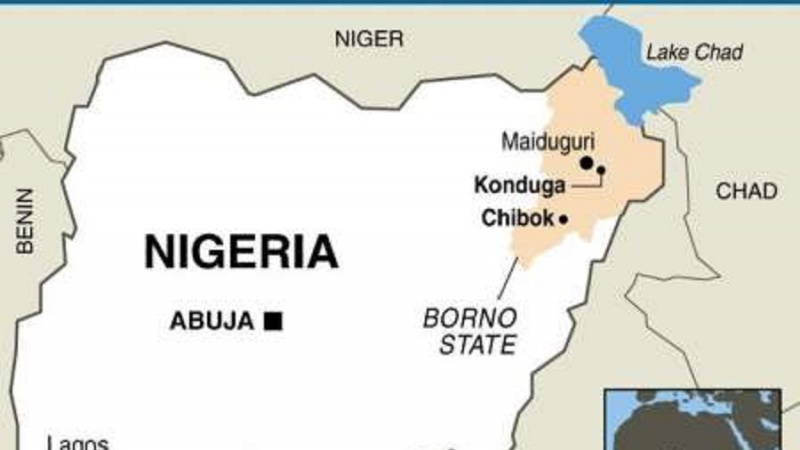 The Nigerian army has found another one of the so-called “Chibok girls” who were kidnapped by Boko Haram takfiri terrorists eight years ago. The recovery is the third in recent weeks, military officials said.

Speaking on Wednesday, Christopher Musa, the commander of troops in the region, presented 24-year-old Ruth Bitrus, along with her two-year-old son to journalists in front of a military barracks.

Bitrus was among 276 schoolgirls aged 12-17 who were abducted from their boarding school in Chibok, northeastern Nigeria in 2014.

Their plight sparked a global campaign under the hashtag “BringBackOurGirls”. Musa did not say when Bitrus was found. The young woman, who was 16 when she was kidnapped, escaped at night and walked for three days through the bush before reaching the town of Bama and approaching troops.

“I have been looking for a way to escape (from) the very day we were kidnapped,” she told reporters at the ceremony, carrying her child in her arms.

“I was forced to convert to Islam and married to a man with whom I had this child.”

Of the 276 schoolgirls abducted in 2014, 57 had managed to escape, and another 80 had been exchanged for Boko Haram commanders in negotiations with the authorities.

Other girls were later found, but more than a hundred remain missing. According to propaganda videos, many were forced into marriage. Since the kidnapping, many other schools and universities have been attacked in northern Nigeria in recent years, some by militants, but mostly by criminal groups which engage in mass kidnapping for ransom.

The militant insurgency in the northeast has lasted 13 years, leaving 40,000 dead and 2.2 million displaced.