Prices of staples such as pasta and tea soar in UK, amid cost of living crisis 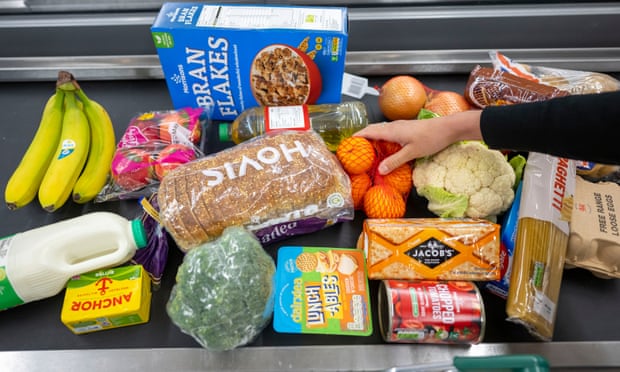 The prices of staples such as pasta, tea and chips have surged in the UK in the past year, with cooking oil shooting up 65%, according to figures that highlight how poorer households are being hit disproportionately by the cost of living crisis.

The overall price of budget food items in supermarkets soared by 17% in the year to the end of September, according to data from the Office for National Statistics (ONS). This was nearly double the 9% annual increase measured in the 12 months to April.

The figures highlight how the poorer families are bearing the brunt of the cost of living crisis, with prices for some budget grocery items soaring far ahead of the official 10.1% rate of inflation, which is at a 40-year high.

Pasta prices rose 60%, tea jumped 65% and chips went up 39%. There were also large price increases for other everyday low-cost items including milk, biscuits and bread.

The data, which measures the change in price of 30 everyday grocery items across seven supermarkets, also showed that some products such as orange juice and beef mince fell in price over the last year, while the prices of other products, such as yoghurt and pizza, remained stable.

“While the recent spike in inflation began with energy prices, today’s fresh insights using a new innovative data source show they are now filtering through to other important items, with the cheapest price of some staple food items rising by around two-thirds in the last year,” said the national statistician, Sir Ian Diamond.

He said data from the ONS near real-time survey of people showed that those who are disabled, from certain minority ethnic backgrounds and renters were among groups struggling the most with the increases.

“With rises in the cost of living at the forefront of many people’s minds, our new, almost real-time, data showing just how prices are changing and shining a light on how different groups are affected have never been more important,” Diamond said.