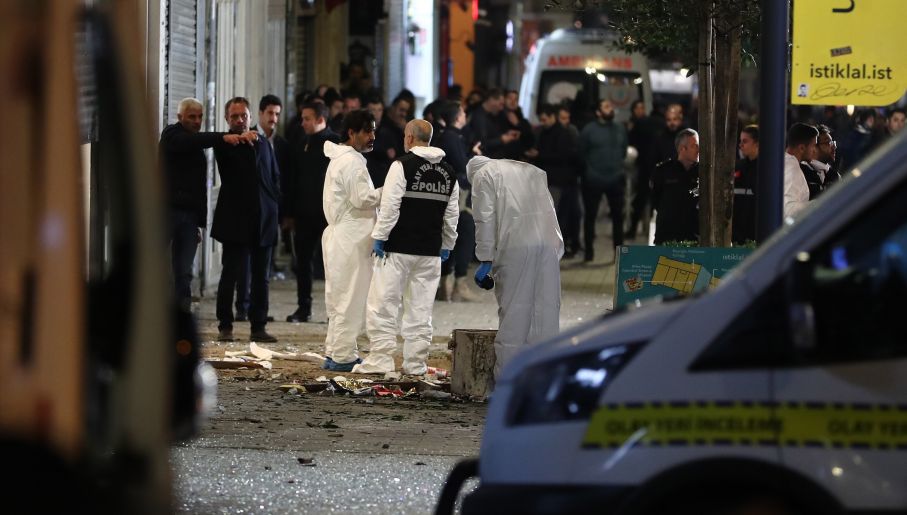 Turkey has blamed Kurdish militants for Sunday's powerful explosion on a busy pedestrian street in Istanbul that killed several people, saying 46 suspects have been arrested, including the bomber.

Interior Minister Suleyman Soylu said on Monday that the order for the attack on Istiklal Avenue was given in Kobani, a city in northern Syria, where Turkish forces have carried out operations against the Syrian Kurdish People's Protection Units (YPG) militia in recent years.

“According to our findings, the PKK terrorist organization is responsible,” he added, referring to the Kurdistan Workers' Party (PKK) and by extension its Syrian branch the Democratic Union Party (PYD).

“A little while ago, the person who left the bomb was detained by our Istanbul Police Department teams,” Soylu said. “We will give them a response in the near future, to those who caused us this pain.”

The suspected bomber has been identified as a Syrian woman. Police said the woman confessed to being trained by PKK-affiliated militants in northern Syria.

Turkish authorities linked the support for the YPG by Washington and others to the blast.

Ankara says the YPG, which Washington has supported in the conflict in Syria, is a wing of the PKK.

CCTV footage shows a woman sitting on a bench for more than 40 minutes and then getting up one or two minutes before the explosion, leaving a bag or plastic bag behind, according to Turkish Justice Minister Bekir Bozdag.

Bozdag, who made the comments in an interview with privately-owned A Haber news channel, said Turkish security forces believe the woman is the suspect, and officials are investigating her.

“There are two possibilities. Either that bag or plastic bag has a mechanism in it, it explodes on its own or someone detonates it from afar. All of these are currently under investigation.” he added.

The blast on Sunday in Istanbul's busy main shopping street had left at least six people dead and over 81 more injured. No group has claimed responsibility.

The touristy Istiklal Street, where the bombing took place, runs through the central district of Beyoglu and is home to many foreign residents.

"We strongly condemn any acts of terrorism that target the country and people of Turkey," Foreign Ministry Spokesperson Nasser Kanaani said on Sunday.

The recent attack has sparked concerns that Turkey could be hit with more bombings and attacks, like the series that it suffered between mid-2015 and 2017.

Istanbul has been targeted in the past by Kurdish and leftist militants. An offshoot of the PKK claimed twin bombings outside an Istanbul soccer stadium in December 2016 that killed 38 people and wounded 155.

Turkey has carried out three incursions in northern Syria against the YPG, including in 2019, seizing hundreds of kilometers of land. President Tayyip Erdogan has said this year that Turkey will again target the YPG.

The PKK has led an insurgency against the Turkish state since 1984 and more than 40,000 people have been killed in clashes. It is considered a terrorist organization by Turkey, the European Union, and the United States.